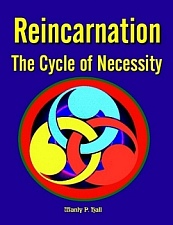 US Knew Where Osama Was Since 2005

The unredacted Guantanamo files show clearly that the trail to Abbottabad was known to the US intelligence services at least since 2005, when al-Libi, another Abbottabad dweller, was captured.


Timing is everything. The US President announced killing of Osama bin Laden just as Wikileaks completed its publication of Guantanamo files. Was it coincidence? If not, what was the connection?

An answer to this question is directly connected with the cross and double cross accusations exchanged in the murky world where the intelligence services meet mainstream media.

Publication of the US secret papers, the Guantanamo Files, was done almost simultaneously by two competing media groups.

One was the Wikileaks of Julian Assange and their partners The Washington Post, The Daily Telegraph, the French Le Monde.


Another one was The New York Times, The Guardian, the Israeli Haaretz.

The Guardian said of the files: “They were obtained by the New York Times, who shared them with the Guardian, which is publishing extracts today, having redacted information which might identify informants. The New York Times says the files were made available to it not by Wikileaks, but "by another source on the condition of anonymity".

Ha'aretz made more of it: “A few media outlets, including The New York Times, the Guardian and Haaretz, obtained the documents from an independent source without the help of WikiLeaks founder Julian Assange, who is under house arrest in Britain awaiting his appeal not to be extradited to Sweden, where he faces charges of rape and sexual assault.” The Guardian’s David Leigh twitted “double-crossing Assange!”

Now we’ll give you the story behind the story: who crossed and double crossed whom, which information was redacted and how did it lead to OBL?

In the beginning, the source was one; allegedly Private First Class Manning or whoever it was who got it and transferred to the Wikileaks of Julian Assange. The entire file is still far from being published – a big part of it was encrypted and uploaded as Julian Assange’s Insurance file. Assange published two tranches of that: the War Diary: Afghanistan War Logs and War Diary: Iraq War Logs. He prepared publication of the third tranche: a huge collection of the State Department cables (Cablegate: 250,000 US Embassy Diplomatic Cables) in the Guardian.

At that point, the data river forked. The treasure trove was copied by a Wikileaks German employee,Daniel Domscheit-Berg, who went AWOL after this profitable appropriation. Domscheit-Bergmade a deal with David Leigh of the Guardian; Leigh used it to cross Assange. He cold-shouldered Assange, declared the deal ‘void’, and used the data to promote his career and to make friends with Bill Keller, editor of the NY Times They published the cables after redacting them, or should we say “censoring” – removeing everything the secret services demanded to remove. We wrote about it at length here in CounterPunch.

Julian Assange succeeded in regaining some lost ground: he established new partnerships, with the Daily Telegraph and others. The cables were being published all the time. And then Assange learned that the Guardian and the New York Times planned to publish the Guantanamo files. There was no time to lose: in a few days, the Wikileaks team prepared the files and began to upload. So did the competitors, possessing the Domscheit-Berg appropriated copy. This was the double-cross per Leigh.

The Guardian and the New York Times have a big and skilful staff, a lot of research, rich archives. But they decided to play ball with the secret services of their countries, redacting information which might identify informants. What a hutzpah! Sometimes, the identity of “informants” is more important than the information.

To their misfortune and to our advantage, at this time the Wikileaks and the Guardian/NY Times were not a loving couple but two competing enterprises. And the Wikileaks published this file in full, warts and all.
Here is the name in full:

Abu Zubaydah the informer was the subject of intensive research, available here that makes clear: this unfortunate man was tortured by the CIA, with permission of US medics and Bush administration, to the point of the total collapse of his personality. He was one of the High Value Detainees; all of them suffered tortures beyond our ability to comprehend. Information they provided was not only unacceptable in court, it was of nil value because they said everything their tormentors wanted in order to gain a moment of peace.

Andy Worthington wrote: Since then, more and more compelling evidence has emerged to demonstrate that Abu Zubaydah was indeed nothing more than a “safehouse keeper” with mental health problems, who “claimed to know more about al-Qaeda and its inner workings than he really did”… “The United States would torture a mentally disturbed man and then leap, screaming, at every word he uttered.” Further confirmation was also provided that his torture yielded no significant information and led only to vast amounts of the intelligence agencies’ time being wasted on false leads. A year ago, summing up the results of Zubaydah’s torture, a former intelligence official stated, bluntly, “We spent millions of dollars chasing false alarms.”

Removal of his name by the Leigh-Keller gang was not “caring about informers”, it was caring about the torturers.

However the most important redactions by Leigh and Keller were directly dictated by the US intelligence services. The name of Nashwan Abd Al Razzaq Abd Al Baqi, or by another name, Abd al Hadi al Iraqi or by his number IZ-10026 was edited away from the file of Abu al-Libi (US9LY-010017DP) and elsewhere. This file is available in a redacted version of the Guardian and in the uncut version of Wikileaks. Comparison shows to what extent all the traces of al Iraqi were removed. It was not connected to “caring about informers”, for al Libi was dead, having allegedly committed suicide in a Libyan jail just before the arrival of the US Ambassador in Tripoli. The file of al Iraqi is missing in all databases; he was captured in 2005 and kept in various secret prisons, until transferred to Guantanamo where he is detained now.

Careful reading of the file shows that al-Libi was connected with al Iraqi since October 2002. In 2003, OBL stated al Libi would be the official messenger between OBL and others in Pakistan. In mid-2003, al Libi moved his family to Abbottabad, Pakistan and worked between Abbottabad and Peshawar. He maintained contact with al Iraqi.

And we know that OBL was found and killed in Abbottabad – just as this publication hit the pages of the newspapers. So the trail to Abbottabad was known to the American services at least since 2005, when al-Libi, another Abbottabad dweller, was captured.

David Leigh claimed that Assange "double-crossed" the paper by distributing the Gitmo files to various "right-wing" news organisations, meaning the conservative Daily Telegraph. This is rich. “Left” and “right” has very little meaning nowadays, after Blair and Clinton. What is important is the position on wars and overseas interventions, susceptibility to Secret Service meddling, subservience to the priorities of the state.

In France, right-wing Marine Le Pen stands against foreign interventions in Libya and Côte d'Ivoire , against payments to bankers, against the president, while left-wing Bernard Henri Levy supports wars and interventions, loves bankers, is a friend of the right-wing president Sarkozy.

And Osama? What about Osama bin Laden? Now we know that the US knew of his whereabouts; they knew of the trail, they asked Leigh and Keller to remove relevant references. Why didn’t they capture him or kill him earlier?

OBL’s organisation did what the US authorities wanted to be done. They fought the Russians and ruined Afghanistan. They conspired and fought against Hezbollah, slaughtered Shias in Iraq, undermined Qaddafi, hated Hamas and Iran. They supported ethnic cleansing of ‘infidels’ in Chechnya and in the Balkans. They never ever attacked Israel: they preserved their vigor for Sayyed Nasrallah. Like a dreadful beast nurtured in the CIA secret labs, only once they reportedly rebelled against their merciless creator - on 9/11. Osama was greater than, but similar to such American friends as Jonas Savimbi of Angola or Shamil Basayev of Chechnya, and hopefully after his death his organization will vanish like Unita and Basayev did.

The Guantanamo files reveal utter wretchedness of Osama’s unlucky followers. With exception of a few dozen close associates, the rest of the prisoners made a wrong choice ever listening to him. They (especially foreigners) were idealists, who wanted to establish the Kingdom of God upon the earth; they were encouraged by the US to flock to Afghanistan to fight the Commies. The majority of them never even had a chance to hold the gun. They, the foreigners in Afghanistan and Pakistan were sold for bounty to the Americans as fast as possible. They paid for this by years of torture. And now they are about to learn that their supreme chief was safeguarded by the same Americans who tortured them!

But in the mind of the Muslim masses OBL will be remembered (justly or not) as the architect of the only successful response of the oppressed to the Empire on its own soil. And that ensured him greatness of his own and a place in history.