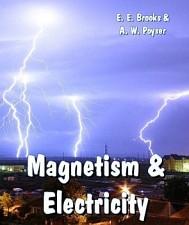 Another nuclear plant shut down in Japan

Premier orders shutdown of another nuclear plant in Japan, Naoto Kan asks suspension of Hamaoka reactors until there are security measures to tackle tsunami or earthquake...


The Japanese Prime Minister, Naoto Kan, decided on Friday to suspend the operation of the Hamaoka nuclear power plant (southwest of Tokyo) because of the risk of an earthquake in the region, informed the local agency "Kyodo."

The Hamaoka plant, operated by Chubu Electric, is on the Pacific coast in the Tokai area of ??the confluence of three tectonic plates, where it is feared that over the next 30 years an earthquake of magnitude 8 or more on the Richter scale will occur.

Aerial photo of February 2011 shows the Hamaoka nuclear power plant in the city of Omaezaki, Shizuoka Province in central Japan

Kan believes that all reactors of the plant, located in Shizuoka Province, should be shut down until there are sufficient safety measures in the medium and long term, to face a tsunami or earthquake of high magnitude.

As a consequence of the demand of Japanese Prime Minister, Chubu Electric, the third nuclear power company in Japan, will take the two nuclear reactors offline that are active in that area. They currently produce 2.5 megawatts of electricity, Kyodo reported.

"This is a decision made after considering the safety of people," said the chief of the Japanese government, who previously acknowledged that his office's response to the disaster of March 11 was "inadequate in several aspects."

The decision of the Prime Minister to shut down another plant comes as Japan is experiencing a persistent nuclear crisis by failing to control the situation at the Fukushima plant, whose reactors were left without a cooling system following the 9.0 magnitude earthquake and tsunami of March 11th.

Reactors 4 and 5 are currently in operation in the Hamaoka nuclear complex, while units 1 and 2 were disabled. The operator, Chubu Electric, announced its intention to resume operations in reactor 3 as soon as inspections planned for July were carried out.

On Friday, the Executive indicated that they will attempt to mitigate potential problems of energy supply as a result of the stoppage of Hamaoka. The Japanese Ministry of Science estimates that there is a 37% probability that this region will suffer an earthquake of magnitude 8 in the next 30 years.

Since March 11, four nuclear power plants are inoperative. The plants went into automatic shutdown because of the strong earthquake, which caused a reduction in the energy supply in Japan

According to Kyodo, a reactor in another nuclear power plant in Tsuruga (central Japan), will be stopped manually on Saturday after leaks of radioactive materials were detected. The authorities in Fukui Province, where Tsuruga is located, suspect leakage from nuclear fuel rods from reactor 2, although at low levels.

The Japanese prime minister admitted previously on Friday that his government's response to the earthquake of March 11 was "inadequate in several aspects," asking his ministers to share more information.

Kan spoke positively about both governmental teams in charge of the nuclear crisis and the consequences of a disaster that adds up to almost 25,000 dead and missing. "The affected areas are still facing difficult conditions, but we also saw positive movement toward reconstruction," the prime minister, Kyodo, said.

The spokesman of the Japanese government, Yukio Edan, explained that Kan wants whatever information is shared by his cabinet independently of the jurisdiction of each department.

About 55% of Japanese have low expectations about government efforts to combat what Kan defined as the country's worst crisis since the end of World War II, according to a survey released this week by the newspaper, Asahi.

The popularity of Kan, who within a month celebrates his first anniversary in office, was very low even before the tragedy, with an approval rating of only 20%. In total, 14,841 died and 10,063 others are missing because of the disaster which devastated large areas of the provinces of Miyagi, Iwate and Fukushima, where more than 100,000 are homeless.

Visit to the affected area

The emperors of Japan, Akihito and Michiko visited the Iwate Province on Friday, one of the most devastated by the earthquake following the tsunami of March. The two flew in an aircraft of the Self-Defense Forces (Army) from Tokyo and landed at the Hanamaki airport, where they delivered an economic contribution in a private capacity to the governor of the province, Takuya Tasso.

The visit of the emperors to Iwate, where the last bulletin points to 4,351 dead and 3,305 missing, has been postponed to Monday from this Friday because of bad weather at the beginning of the week.

Akihito, 77, and Michiko, 76, flew in a helicopter over the cities of Kamaishi and Miyako, visiting shelters to show their support for people affected by the disaster. This is the fourth trip of the emperors to a region devastated by the disaster, after spending April in the Provinces of Chiba, Ibaraki and Miyagi, the latter being the most affected, with 8,885 dead and 6,073 missing.

Next Wednesday, exactly two months after the tragedy, the emperors will visit Fukushima, where tens of thousands remain homeless because of the nuclear crisis. Already the crown princes, Naruhito and Masako visited a shelter in Misato in Saitama Province on Saturday, the Agency of the Imperial House informed.

Translated from the Portuguese version by: 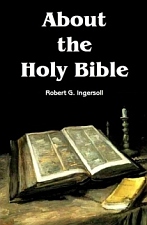