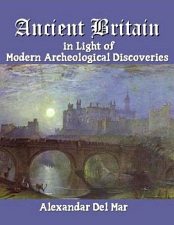 After two years of making excuses for President Barack Obama, a number of traditional Democratic Party constituencies are turning against him, and his British imperial policies. Even the lying government statistics cannot cover up the increasingly visible collapse of the U.S. economy, now in a free-fall characterized by surging unemployment, a continuing crash of housing markets, and an increase in the rate of inflation, verging on hyperinflation.


The rejection of Obama by traditional Democrats is fueled by the high-powered campaign spearheaded by LaRouche PAC and its six Congressional candidates, which is centered on support for a return to Glass-Steagall banking standards. A bill to reinstate Glass-Steagall, H.R. 1489, was introduced in the Congress by Ohio Democrat Marcy Kaptur, with two initial co-sponsors, Virginia Democrat Jim Moran and North Carolina Republican Walter Jones. (Since then, Reps. John Conyers (D-Mich.) and Jesse Jackson, Jr. (D-Ill.) have signed on as co-sponsors—ed.) The drive by Lyndon LaRouche PAC to win more cosponsors, so that Glass-Steagall can be rammed through the Congress, despite the objection of Wall Street flunkeys in both parties, picked up steam over the Easter Congressional recess, as elected officials came face-to-face with angry voters in their districts back home.

They found that the terrible economic news, combined with the bankruptcy of state and local governments, is triggering growing militancy among voters in both parties. Despite efforts to contain the anger, it has become clear that voters are fed up with fascist austerity, to be imposed through budget cuts of essential services, and the continuing bailout of the swindlers of Wall Street. They are searching for an alternative to the austerity policies, whether they are being pushed by the Obama Administration and its allies, or Republicans, promoting Austrian School "free trade," anti-government policies, in an alliance with Obama.

Obama Support Crumbling
Among the constituencies abandoning Obama is organized labor. With union members in the public sector, such as teachers, police, nurses, and firefighters, under assault by right-wing Republican governors such as Scott Walker in Wisconsin, Rick Snyder in Michigan, and Rick Scott in Florida, Obama not only turned his back on the unions, but has shown support for the governors' anti-union policies, saying he "understands" the need for budget cuts. He even cut $650 million from the Federal budget that was targeted to rehire unemployed firemen, in a deal with House Speaker John Boehner. This led to a denunciation of Obama by Harold Schaitberger, president of the International Association of Firefighters, who said he would oppose any union support for Obama's reelection in 2012.

The teachers union, AFT, is also expressing anger at Obama, whose "Race to the Top" educational program would save money by eliminating experienced teachers, on the basis of how their students scored on multiple-choice tests.

Although none of these labor leaders has yet to announce support for the Glass-Steagall bill, a leading member of the AFL-CIO executive board told this news service that he is organizing support on the board for an endorsement of H.R. 1489.

Support for Obama is collapsing among so-called Progressives as well, on a host of issues, including a sense of betrayal over his continued bowing down to Wall Street. This has been covered in formerly pro-Obama blogs, such as firedoglake.com, which now posts frequent denunciations of Obama, and articles in support of Glass-Steagall. The anti-Obama sentiment of the Progressives was also on display in San Francisco, when a number of women stood up at a fundraiser—for which they had paid $5,000 each to attend—and sang a song protesting the jailing, by the Obama Administration, of alleged WikiLeaks source Bradley Manning. As they sang, Obama became increasingly enraged, humiliating House Democratic leader Nancy Pelosi, by accusing her of organizing the disruption!

There are other defections from Obama, as well, mostly on economic grounds. There is growing disenchantment among African-Americans, including Rep. Jesse Jackson, Jr., and Dr. Cornel West, who said the only group Obama has helped has been Wall Street bankers! Likewise, his support is disappearing among students and youth generally, as unemployment rates remain at record levels among those under 30, while college tuition costs skyrocket, as aid and loans dry up. It was youth, who were energized in 2008 by Obama—and showered with ample funds by fascist moneybags George Soros—who served as the shock troops at caucuses across the country, helping him to seize the Democratic Party nomination from Sen. Hillary Clinton, in a virtual coup d'état.

The Obama re-election team is privately steaming over the rejection of Obama by a growing majority among youth, while student leaders of the California State University System Student Government Association will be meeting to consider endorsing Glass-Steagall at their regular meeting in May.

Drama at Town Meetings
With the collapse of the economy and financial system, and the subsequent collapse of Obama's "popularity," town meetings have again become a venue for protest. When there are no LaRouche organizers present, what tends to be expressed is legitimate, but unfocused anger. The leading Republican austerity-pushers are encountering an angry electorate. For example, Rep. Paul Ryan, a leader of the anti-government Schachtians from Wisconsin, was shouted down at town meetings, over his attacks on Medicare. The same treatment was given to numerous freshmen Republicans, who expected to be hailed as heroes, only to find that the voters who elected them in November 2010 thought they were voting for Congressmen to oust Obama, not to impose fascist austerity!

The response is very different when LaRouche organizers are present, as at recent meetings held by members of Congress in California and Texas. In the Northern California district of Rep. John Garamendi, a Democrat, LaRouche candidate Summer Shields had a very positive discussion with the Congressman, while leaflets on Glass-Steagall were distributed to everyone at the meeting. Garamendi expressed strong support for Glass-Steagall, and pledged to join with Kaptur upon his return to Washington. A similar exchange with Rep. Xavier Becerra, a Democrat from Los Angeles, resulted in a less-than-definite commitment from him, but the audience was very supportive of Glass-Steagall.

And in Houston, former Democratic Party Congressional nominee, Kesha Rogers, challenged Rep. Sheila Jackson Lee, a Democrat, to join Kaptur as a sponsor of Glass-Steagall. Lee expressed support for the bill, and, as other LaRouche organizers pressed the point, she spoke strongly of her commitment to not just ending the bailouts, but expanding funding for NASA. She currently has a bill to reinstate a program for a manned mission to the Moon, a program eliminated by Barack Obama!

LaRouche has emphasized that passage of Glass-Steagall would have two immediate, positive effects. The first would be the long overdue bankruptcy reorganization of the financial system, ending the bailout, and cleaning out the toxic, speculative assets that have jammed up the banks, allowing for the reorganized banks to become instruments for the utterance of credit, to fund programs which would create jobs and real, physical wealth.

The second benefit is that it would force the removal of Barack Obama from the White House, as his reaction against Glass-Steagall, in defense of the bankrupt City of London-Wall Street system, would expose him, as the mentally unstable puppet of those criminal, pro-genocidal, speculative predators. As it is becoming evident that fewer and fewer traditional Democrats can tolerate Obama in office, those with the power to invoke Article 4 of the 25th Amendment—which allows for removal of the President on grounds of mental incapacity—should use the authority of the Constitution, to remove him, freeing the nation from the coup of 2008, and putting the U.S. back in line with the Constitutional principles of the American System. 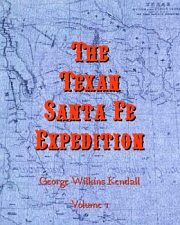