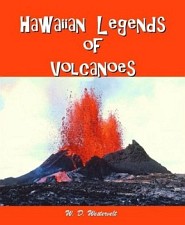 All right, then, I’ll go to hell

What Americans Must Utter to Reclaim the Human

The quote is from a book I’m sure you were forced to read if you are older than 30. This was of course before the outrage over language that knocked it off the shelves in recent years. I’m speaking, of course, of the first truly American classic, Huckleberry Finn, Mark Twain’s deceptively simple, meandering voyage through race and social custom in pre-Civil War America.


An old love was rekindled for me recently when I sadly picked up a copy of Huck Finn at the local library “buck a bag” sale. Classics a plenty were left on the tables, and this lonely copy of an old favorite was passed over by other patrons as they grabbed up the more lurid tell-all biographies. To add insult to injury, the book was stamped with a garish red “DISCARDED”. It looked to be a donation from the local Middle School and the book, otherwise in perfect condition, was obviously being purged from the shelves. It grieved me in a manner really only suitable to feel for other humans, not books so of course I had to grab up the book and save it from the indignity. As I drove home with several bags of books, I realized that I must read my old love again to fully rectify the situation.

The most searing moment of the book comes when Huck Finn discards the note he penned to turn in Jim, his runaway slave companion. “All right, then, I’ll go to hell” is the statement the boy makes as he realizes he does not have it in him to go along with the “morals” he has been taught since birth, that of the slave as being property. He grasps that he is going against the teachings of the church, the teachings of his elders, basically going against the full of society that he has been immersed in. The statement is heartfelt, as Huck sees his betrayal to hold serious consequences. He believes he will indeed go to hell, but has the overwhelming organic notion that adhering to the social norms of the day was simply not possible for him any longer. The depth of this selfless act is most likely lost on the myriad of kids who were “forced” to read this book. The twisted irony of this moment is the fact that losing oneself to a personal upwelling of good is indeed the correct choice; in this case, ignoring the voice of society connected him to the potential and the sublime.

The soul of America is complicated and nuanced. Our patriotism is always tempered by a foundation of dread — that of land theft, aggression and bondage. Even the most willfully blind in this nation know this fact in their core. Perhaps this nagging wound, knowing that there is an unholy footing is what has led to something of an over compensation in the American psyche. The concept of American Exceptionalism. These ideas come from a delusional culture that willfully looks away from truths.The well-adjusted can be aware of personal weaknesses; it’s the maladjusted that create myths and dogma.

In much the same manner as Huck Finn, scores of individuals in America feel ill at ease with everyday imperatives. For some it’s the Imperialism, even if they don’t know what to call it. For even more it’s the degrading, soul eroding workplace. We are to derive all measure of worth as a person by the presence of a job, and a well paying one at that. Most do not have a “good job” and even those who do, often have some measure of discord inside them due to the requirements lurking to keep said well paying job. Generally it involves hardening oneself off from the plights of others, and making excuses to condone any corruption inherent. If the strife in the mind becomes too unbearable, then suggestions are generally made to medicate oneself. This is sometimes enough to quiet the demons, but they are still there, to be sure.

Every civilization has made war on certain aspects of what it means to be human. During Huck Finn’s time, the very concept of being human was argued in percentages. 3/5 a person, not at all….? It’s ludicrous and sick to think our lawmakers ever spoke of this, but they did, and it wasn’t that long ago by any measure besides the paltry human lifespan.

The assault of our age is that of being considered a consumer, not a citizen. It was foisted upon us insidiously until we all started using the same verbiage. Our society said it was natural; that is was expected to be a “consumer” not a human or citizen. A consumer uses resources, period. A consumer is a measure to be managed and quantified. A consumer hasn’t the right to ask for dignity or happiness. It’s just a measure of flesh to use and produce and to be discarded when unable to perform these functions. We are seeing the expected and continued degradation of what it means to be human. Consumers need producers, and neither need to be particularly human. The demand of more productivity, the enhancement of the human as simply as cog in the machine that produces wealth for the few-that is what it is truly about. This doesn’t sit well in our souls simply because it is wrong. No amount of propaganda will rid us of the feeling completely, and that is why there is great interest in medicating the humanity out of us. The harmony will never be there under this system.

Change always seems impossible, at least change that benefits the many instead of the few. But there are instances of change that we can look back upon. Slavery was considered to be natural and expected, but through an incomprehensible number of disobedient acts, the collective delusion was lifted. Individuals found a moral compass removed from the shroud of society.

Our current assault on humanity is not as dramatic as a human in shackles. But make no mistake, to maintain the consumer death spiral, misery and even slave like conditions still exist. War is now an integral part of the system. The level of suffering is growing worldwide to simply advance the cause that the human is nothing but a mindless consuming machine, there to facilitate even more consumption by the top few.

The beauty of an “All right, then, I’ll go to hell” moment is that it takes no sophistication, no advanced degree. Just an individual presented with a small moment that they can control. These moments are hard to predict, but when they occur they can bring back humanity. The owner of these moments will probably have hell to pay in the short run. These incidents may be born of individuals who will not beat protestors, maybe employers who refuse to implement soul degrading practices. The possibilities are endless, as are the choices that we can make. And when we hear of such stories we need to share them far and wide.

“All right, then, I’ll go to hell”. Say it … because it truly is the path to redemption. 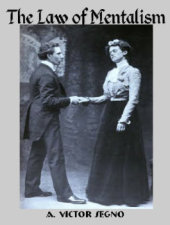