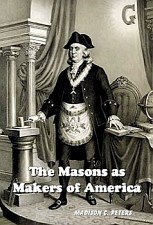 Getting In Touch With Your Inner Slut

Getting in touch with one’s inner slut offers a new world of empowerment, liberation, and … fun.


I love sluts. And everything they stand for. They’re comfortable in their bodies and confident with their attitude. They know what they want. They’re not ashamed. What’s not to love? In fact, Susan, my wife of 14-and-a-half years, has a captive bead with the declaration “slut” printed on it in her clitoral hood piercing. It’s a subtle reminder of the woman she’s grown into over the course of our marriage.

“With another man, I easily could have gone the other way, been way more reserved,” she says. “My slut was always there, but Rydell helped me coax it out.”

Susan and I hooked up in college after various six-degrees-of-separation-style hookups — ranging from best friends to nemeses to roommates — finally led us to our first separation-by-paisley-printed-silk-panties encounter.

We got married a year later and settled into a fairly comfortable relationship. “I think because we were so young we were actually trying to fit into a married mold,” Susan says. “It might have been subconscious, but we were definitely playing out some of those old, stereotypical husband and wife roles.”

When our ninth anniversary rolled around, we booked a short cruise — and I packed Susan a couple thong swimsuits.

“My first reaction, like any ‘proper’ wife, was ‘no way!’” Susan admits. “But I was intrigued. Rydell was always telling me how much it would turn him on and how great I’d look. I disagreed, but eventually it sunk in that to him — because he loved me — I really would. So I did it. I spent a whole day on the beach in this tiny white thong. It was so liberating. It sounds a little crazy, but I was the center of attention on that beach and that filled me with so much confidence.

“That’s when — as you say — I released my inner slut. And it’s only been positive since. I’ve never been happier as a woman or in my marriage than I am now. ‘Slut’ is a state of mind — a wonderfully liberated state of mind.”

Unfortunately, there are still a number of curmudgeonly, repressed folks who see it as a negative descriptor rather than a positive state of being.

According to certified sexologist Veronica Monet, ACS, CAM, and SexIs contributor, the more common and hurtful usage of the word stems at least in part from the whore-Madonna complex, a phenomenon in which society forces women to choose sides between the good girls and the bad girls.

“Are you a slut or a Madonna,” she says. “Are you the kind of girl who likes sex and isn’t ashamed? Or are you going to be a good mother and somebody a man will take home to mom? Either way, you don’t get to be a whole woman.”

This line in the sand is drawn at an early age. “There has to be a designated slut by high school,” Monet says. “So a girl will be singled out. Now, she might not have actually had sex — there might be other ‘good’ girls who are having more sex than she is — but she might be labeled that way because her breasts grew more quickly or because she’s poor or a woman of color, any number of reasons. The bottom line is that our culture still really needs somebody to be the designated slut.”

Obviously, unlike Susan’s clit ring, society’s designation is no badge of honor, and can fracture a woman’s psyche for years. With judgmental friends and disapproving neighbors, “Women have a lot of good reasons to avoid being the slut,” Monet says. “When I was writing my book Sex Secrets of Escorts, one of the things that became very apparent is that this is a taboo part of female history.”

“And yet, women have a lot of real curiosity about it, and not just about getting paid for sex, but what it’s like to be that sexually empowered, what it’s like on the other side of the whore-Madonna line.”

Because ultimately, this good-girl-bad-girl rift isn’t just a cause for concern in America’s high school hallways, it’s a problem that routinely corrodes adult relationships, too.

“Oftentimes, guys like to have sex with the women who, well, like to have sex,” Monet explains. When he gets ready to settle down, however, he succumbs to societal pressures and expectations and seeks out the nearest “Madonna” figure.

And the work needs to happen on both sides of the bed. Typically speaking, Monet says, “Women need to not feel so much fear and shame about being sexually expressive and men need to learn to be more communicative and create a sense of safety for his partner and her body.”

Kids can also diminish one’s inner slut — even in those who used to be very in touch with their steamy side. April, a 36-year-old married mother of two, went from hubba hubba to absolutely humdrum after the birth of her first child.

“I had all these anxiety-laden ideas that everything I did was going to trickle down to my kid,” she admits. “So I basically felt guilty all the time. I thought I would get right back to my free-spirited self after the baby was born, but it just got worse.”

April spent seven years wrestling with her feelings and then found inspiration in one of her friends. “We were out dancing with another couple and the guy was teasing his wife about taking her panties off,” April explains. “She was wearing this little skirt and all of a sudden, right there on the dance floor, she reached up, yanked them down to her ankles, and stepped right out of them. Honestly, I was appalled — what message is this sending our kids, you know?”

“But then the next day we were at a family barbecue with that same couple. I looked over and saw my friend playing Wiffle ball with all the kids. And guess what? The fact that less than 24 hours earlier she had gone commando on a crowded dance floor had absolutely no bearing on how much fun she was having with her kids. That’s when I realized that I am allowed to be a great mom and really like sex.”
Exactly. As Monet says, “You weren’t born to be just a slut or just a mother or just a good girl. Those are artificial divisions that ask you to be less than whole.”

And keep you from having a whole lot of fun, whether that’s strutting your stuff on the beach or hitting a homerun in the bedroom not long after hitting one in the family Wiffle ball game. 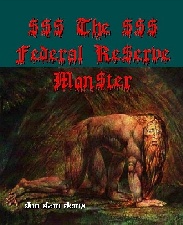