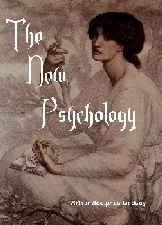 Where Is REAL Christianity When We Need It Most?

The Christian churches must do their best to stop Christians from killing and robbing other people. One shudders to think that the Christian Churches even need to be reminded of something as fundamental as this.


One of the most important functions of religious faith, observed St. Thomas Aquinas, is to allow people of limited intelligence and people with limited time for study to know important truths about God without having to investigate them personally. After all, few ordinary people are in a position to spend years rationally investigating the tenets of their faith, so, if they are to have any chance at finding Truth during their lives, they need to have it prepackaged for them to swallow on faith alone with the assistance of the Church.

This infinitely wise observation is just as true today as it was in the thirteenth century, and the Christian churches would do well to remember it during these especially turbulent political and economic times. In fact, with the world’s masses aflame with revolutionary ideas at the very same time that governments are going bankrupt, the need has never been greater for the Christian churches to remind their unthinking, gullible, and emotional flocks of what is true and just and good. If they fail to do this, and right quick, there is a very real and dangerous possibility that the Christian masses will get swept away by exciting and profoundly immoral ideas that will doom Western civilization for the foreseeable future.

Specifically, the Christian masses desperately need to have the foundations of Christian ethics beaten into their dense skulls to keep them on the right path during these hours of intellectual temptation. Since many of the ideas floating around the world right now are both alluring and morally dangerous, the Christian masses need a simple set of criteria by which to judge what is right and what is wrong. Fortuitously, God was provident enough to provide Christians (and Jews and Muslims) with a list of ten moral criteria so undemanding that even the most intellectually challenged among them should be able to determine right from wrong.

The list contains two ethical commandments of especial importance today because of the extreme danger that the Christian masses will unthinkingly violate them. The first and most important is that it is wrong for Christians to kill people. One would think that the Christian masses would have been able to memorize and abide by this simple proscription in the two thousand years that Christians have been walking the Earth, but apparently the density of the mass man’s mind continues to defy penetration. Christians in recent years are definitely no less likely to kill than any other peoples, and the danger is that they will kill even more frequently in coming years as economic and political conditions deteriorate further.

Thus, the Christian churches must intervene right now to remind the Christian masses that it is wrong to kill human beings and it is wrong for other people to kill in one’s name. The Christian flocks are increasingly angry, frightened, and impoverished by the political classes’ extravagances, and the temptation will only grow to take out their frustrations on other groups of people, such as the wealthy, Muslims, immigrants, or even their own neighbors. This is all the more true today, when it is so easy to aid in killing other people simply by voting. The majority of Christians do not need to bloody their own hands by shooting unarmed women and old men, for example, but they do irreparably stain their consciences by supporting such killings and paying for them with their tax money. And let’s not forget about the hordes of professional "Christian" killers (i.e., "soldiers") that are presently plying their bloody trade in the three immoral wars that the supposedly "Christian" West is prosecuting in the Middle East.

The task of reigning in Christian killing before it gets even more out of hand will be impossible, however, unless the Christian churches simultaneously reign in their flocks’ nationalistic sentiments. Like most peoples today, Christians have come to worship their own governments with religious fervor, a serious Christian sin in its own right. They thus do not view killings by "their" government soldiers and police as morally analogous to killings by rapists and robbers. Unless this nationalistic moral blindness is corrected by the Christian churches, or by human reason, by emphasizing that the lines drawn on maps identifying different countries are completely morally irrelevant, Christians will never curtail their killing, because they will inevitably view government-sponsored killing of "other people" as somehow morally acceptable. Without help from the Christian churches, the unthinking Christian masses will continue to value, not human life as such, but their "own" people’s lives, and to hell with the rest of the people of the world.

The Christian churches must also urgently emphasize that Christians should not torture, imprison, beat, or otherwise physically abuse other human beings. Nor should they countenance such depraved activities done in their name by their governments. This proscription follows directly from the prohibition against killing, because to put a man in a cage deprives him of his life and dignity during that time just as surely as killing him would, and torturing him makes him envy the dead, which is worse than actually killing him. It should go without saying that Christians ought not to do these things or accept that they be done in their name with their tax monies, but the Christian masses keep approving of them nonetheless. This will only increase as political and economic turmoil increases, and the Christian churches will be morally responsible to a certain extent if they do not do all they can to head it off now.

The second important ethical precept that the unthinking Christian masses urgently need to be reminded of is God’s prohibition against stealing. It is unequivocally wrong for Christians to take property from other people without their consent, and it is equally wrong for them to encourage or to pay other people (e.g., tax collectors or mob strongmen) to do the same thing. Like the prohibition against killing, God’s prohibition against stealing is about as clear as man could possible desire: "Thou shalt not steal." One might be tempted to think that the Christian masses would be able to comprehend something as simple as that, but apparently God vastly overestimated the mental abilities of His progeny. The Christian masses accept stealing, by governments in particular, just as much as any other people, and they tend to particularly approve of stealing from (i.e., taxing) the rich. They apparently think that it is morally acceptable for their government to take money from rich people by force just because Jesus was poor and defended poor people. The fact that Jesus’ own Father explicitly forbade them to steal – even from rich people – does not seem to enter into their moral reasoning. The Christian churches desperately need to undermine this invidious tendency before the increasingly impoverished and desperate Christian masses fall on their rich prey with a vengeance. Failure to head this tendency off will doom Western civilization for the foreseeable future, as the rich take flight with their capital to places that actually care about God’s Commandments. The loss of this valuable economic capital at a time when it is most needed to rebuild after the government created recession will send the Christian West back to the stone age. 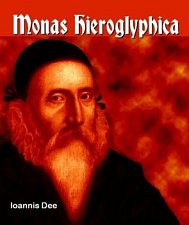 Main Article Page
Where Is REAL Christianity When We Need It Most?
http://www.hiddenmysteries.net/newz/article.php/20110520214044186