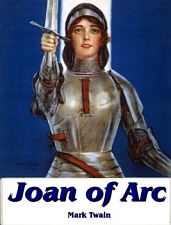 The World Has Gotten Even Crazier In May

In case you haven't noticed, the world has gotten even crazier in May. Just when you think that things can't get any more bizarre, events go to a whole new level. Sadly, millions of Americans seem almost completely oblivious to all of the world-altering things that are going on all around us. I recently got back from doing a bit of traveling, and the reality is that most people out there are so busy living their lives and trying to survive from month to month that they don't really have much time to pay attention to what is going on in the world around them.


Unfortunately, what little information about the rest of the world that most Americans actually take in comes from the mainstream media. Most of the time the mainstream media is very adept at lulling the American people to sleep, but things are starting to get so crazy out there that a growing minority of Americans are starting to sit up and take notice.

When I was away on vacation I kept a bit of an eye on the news, but I had no idea just how crazy things were getting until I returned home. These days more seems to happen in a single week than used to happen in an entire month. The globe has become an incredibly unstable place, and you never know what is going to happen next.

The following are 9 ways that the world has gotten even crazier in May....

#1 What in the world is going on with the weather? All of a sudden "unprecedented tornadoes" are popping up almost every day now. Did you see what happened in Joplin, Missouri the other day? There are very few things that will put sheer terror into you like an F5 tornado will. If you doubt that, just check out this video.

The National Weather Service says that the Joplin tornado was the 8th worst tornado to ever hit the United States. At least 122 people were killed and at least 750 people were injured.

Sadly, the Joplin tornado is part of a larger trend. Many are already calling this a "100 year" tornado season. It seems like a major tornado outbreak somewhere in the U.S. is a nightly occurence now. For example, just tonight a huge tornado near Oklahoma City killed a couple of people.

In April, there were approximately 600 tornadoes across the country. That is the most tornadoes that have ever been recorded in a single month inside the United States. Usually, we only have about 1,200 tornadoes for the entire year.

There is nothing "normal" about these tornado outbreaks. Something really weird is happening.

In addition, we have just experienced the worst Mississippi River flood ever. That flood is also being called something that only happens "once in a hundred years".

Why are such horrible natural disasters striking the United States right now?

Can anyone explain why this is happening?

#2 The globe continues to inch ever closer to World War III. Just consider a few of the headlines we have seen just this week....

*Netanyahu's defiance on deal is 'declaration of war'

Sadly, it appears that the appetite for war is growing. Many had hoped that Barack Obama would be a peacemaker, but that definitely is not the case.

The United States has been at war for so long that the American people have learned to accept it as a normal part of life. As long as it is something that happens "over there", most Americans don't really seem too concerned about it.

But in the end, what is unfolding in the Middle East will have dramatic consequences for the United States. Unfortunately, most Americans have become so "dumbed down" that they simply do not understand what is happening.

#3 The news from Japan just continues to get worse and worse. Now TEPCO is finally admitting that there were at least partial meltdowns at three of the reactors at Fukushima. Why we are only finding this out now is anyone's guess.

It has been more than 2 months since the tsunami and officials in Japan still do not have Fukushima under control. Every single day the complex continues to release massive amounts of radioactive material into the environment and the effects of this disaster will be felt for decades to come.

#4 When all of the crazy new security measures went into airports, we were all assured that scanners and "enhanced pat-downs" would never show up in subway stations, bus stations, sporting events and public schools.

Well, sadly the ridiculous security measures that have been implemented at our airports are spreading. In fact, if you can believe it, a "certified TSA official" was brought in to oversee student searches at the Santa Fe High School prom last weekend.

When TSA officials start showing up at high school proms that should be a major red flag for all of us. America is becoming a much different place than it used to be.

Do you enjoy living in a prison grid where we are all being constantly watched, tracked and searched? If not, you better say something now before it is too late.

#5 The U.S. Supreme Court has upheld an order from a three-judge panel in California that mandates the release of approximately 40,000 inmates from California prisons.

Yes, the prisons are so overcrowded that up to 54 prisoners are using a single toilet, but you can't just release thousands upon thousands of criminals on to the streets of California and expect that there will not be major problems.

California Governor Jerry Brown is proposing a "realignment plan" which would shift tens of thousands of prisoners to county jails, but the California legislature so far has not authorized the hundreds of millions of dollars that it is going to take to implement the plan.

Hopefully something can be done, because releasing more than one out of every four California inmates back on to the streets sure does seem like a bad idea to me.

#6 It is looking more likely than ever that the U.S. debt ceiling may not be raised and that we could actually see the U.S. government default on some debt. The Democrats and the Republicans are fighting like cats and dogs again and there is such a deadlock right now that this could actually happen.

"It may be that we’re going to have to see some failure to raise the debt limit and some temporary hiatus in our ability to pay our bills (for lawmakers to act)."

JPMorgan Chase CEO Jamie Dimon is using language that is even more apocalyptic. Dimon says that a U.S. debt default would "dwarf Lehman Brothers" and that in the event of a default things will take place "that are not going to be pretty".

#7 The U.S. real estate crash continues to get even worse. This week it was announced that U.S. commercial real estate is now down 47 percent from 2007 and has now reached a post-crash low. The following is how an article by Bloomberg described the latest data....

U.S. commercial property prices fell to a post-recession low in March as sales of financially distressed assets weighed on the market, according to Moody’s Investors Service.

The Moody’s/REAL Commercial Property Price Index dropped 4.2 percent from February and is now 47 percent below the peak of October 2007, Moody’s said in a statement today.

But it is not just commercial real estate that is a giant mess. New home sales also continue to struggle mightily.

In April, the number of new homes sold in the United States tied the lowest level ever recorded for that month.

These latest statistics just underscore the reality that the U.S. housing crash if very far from over. As I have written about previously, the real estate crisis is absolutely crippling the economy and instead of signs of hope arising, things seem to be getting even worse. For example, during the first quarter of 2011, home values declined at the fastest rate since late 2008.

So when in the world are things going to finally start turning around?

#8 Most Americans don't realize it, but Europe is closer to a financial meltdown than it ever has been before. Greece is either going to get another bailout or it is going to default. If you do not understand the kind of chaos this would set off on world financial markets, just read this editorial.

The Greek debt crisis continues to get worse. At this point, the yield on 10-year Greek bonds has now reached an astounding 16.76%.

But it is not just Greece that is in trouble. All over Europe there are nations that are on the verge of financial collapse. In Spain, nearly half of those between the ages of 18 and 25 are unemployed and the economic protests there have reached a frightening level.

Everyone hoped that a bailout or two would be enough to make the European debt crisis go away. It has now become obvious that is not going to happen.

A financial meltdown in Europe is happening. The only question is how it is going to play out.

#9 Over the past couple weeks, one of the most talked about people in the world has been Harold Camping. I have avoided writing about him because there are at least a billion issues that are more important than what Harold Camping is saying.

But this is what the mainstream media loves to do. They love to find a Christian with a crackpot theory and splash him all over the front page.

Camping has a very limited following and the vast majority of Christians think he is totally and completely wrong.

However, the mainstream media loves to talk about people like Camping because it is a tremendous opportunity for them to mock Christians and Christianity.

Look, anyone that put any stock in any of Camping's predictions is seriously deceived. In case you didn't know, Camping predicted the date of the rapture before. On September 6th, 1994, hundreds of Camping's followers gathered at an auditorium in Alameda, California waiting for the rapture.

So now Camping has been wrong two times.

Now Camping is saying that Judgment Day is going to be on October 21st and he says that he has figured out why he was wrong about May 21st.

If you believe that, I have a bridge to sell you.

If you are a Christian, then you know that there are dozens of prophecies that still need to be fulfilled before "the end of the world". What Camping is proposing is literally impossible according to the Bible.

Of course the mainstream media knows this, but they have no problem turning Camping into a household name while ignoring the thousands upon thousands of Christians around the world that are doing really great things.

But this is the crazy world we live in. We are all talking about Harold Camping because the big media companies decided that was the way it was going to be.

It is time that all of us wake up and start thinking for ourselves.

Our world is becoming crazier by the minute and the mainstream media is certainly not helping things. In times like these, it is going to be absolutely vital for all of us to engage our critical thinking skills and to not just blindly accept anything that someone else is trying to tell us. 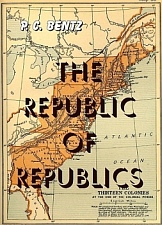 Main Article Page
The World Has Gotten Even Crazier In May
http://www.hiddenmysteries.net/newz/article.php/20110525091432989