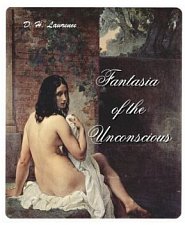 Can Angry Sex Save Your Relationship?

The place of anger in sex has been widely debated. Is it a great release of tension, or just a way to avoid actual resolution?

Veronica Monet briefly surveys the instruments on the floor nearby before choosing a two-sided paddle, soft fur on one side, hard, black leather on the other. In front of her stands a middle-aged man in nothing but a leather thong, wide-stanced and back to the audience, ready to receive his punishment in front of a group of total strangers.

The spanking and flogging demo was the coup de grâce (both literally and figuratively) of the two-hour workshop: “Passionate Fury: Angry Sex, Kink and Sexual Pleasure” held at Good Vibrations sex toy store in San Francisco’s posh Pacific Heights neighborhood. Other workshops held at the store have included topics like “gourmet hand jobs,” the art of ecstatic sex and DIY porn. I had never been to a Good Vibes workshop, nor was I particularly angry, except perhaps at the lack of sex I’d been experiencing as of late, but I was certainly intrigued by the concept of anger’s potential to enhance one’s sex life, and resolved to find out more about it one drizzly post-work evening.

Despite Monet's sadistic tendencies, her background in sex positivity and feminism clearly informed her presentation. She spoke passionately about the ways we are culturally conditioned to avoid conflict (women often by apologizing, men by acting out), and how repressed emotions can influence everything from erectile dysfunction to faked orgasms.

The workshop’s core revolved around therapeutic principles, some of which were a bit woo and hokey. At one point, a vagina puppet was involved, and we were also taught the basics of “I” statements, which I remembered from my elementary school group therapy lessons, where there were also puppets, though ones that were decidedly more g-rated. For the uninitiated, “I” statements teach you how to be assertive without blaming the person you’re fighting with. For instance, “I feel angry when you punch me in the face. I would prefer you not do that anymore.” Instead of, “You’re a real jerk for punching me in the face. You really piss me off when you do that.”

“If you’re not angry, you’re not paying attention,” Veronica Monet said as a preface to the “myth” of sexual staleness and predictability that accompanies so many long-term relationships. The real reason men and women lose passion in their relationships and have affairs, according to Monet, is not boredom or restlessness, but from being inauthentic with our partners, by avoiding conflict, internalizing perfectly natural responses because we deem them inappropriate or messy. “When you stop telling the truth to your partner, you in effect kill your sex life.”

The place of anger in sexual scenarios has been widely debated. Those on the pro side say it’s a great release of tension and endorphins. Those on the con side say it can be used to avoid actual resolution, which can lead to further resentment and miscommunications. There’s a precarious balance between pleasure and pain, and the great takeaway from the workshop was learning how to push past conventional boundaries and inhibitions that cause us to shut down or lash out at our partners.

And that’s certainly something worth fighting for, but not fighting over.

Anna Pulley is a Social Media Sassmaster for Mother Jones magazine and a freelance writer in San Francisco. She also writes a weekly social media etiquette column for SF Weekly, and her work has appeared in AlterNet and The Rumpus. 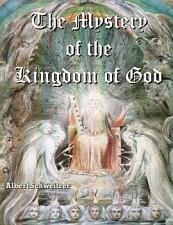 Main Article Page
Can Angry Sex Save Your Relationship?
http://www.hiddenmysteries.net/newz/article.php/20110603104640934