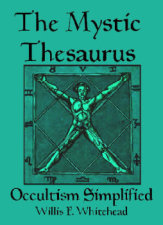 When It Comes to Sex Education,

There Are No Stupid Questions

“What do the balls actually do?” I asked my friend, Ellen Friedrichs (who teaches sex ed to middle and high school students). We were talking about sex and I realized I genuinely didn’t know the answer.


For those who are wondering, the testicles make sperm and testosterone, which Ellen patiently explained to me. I was curious because while I did, in fact, get some education around biology and sexuality at Teaneck High School, my New Jersey public school, I graduated in 1993 and some of that information is a bit foggy.

At the same time, I’m grateful to have even gotten some of the basics. I wasn’t getting it on in high school, but I was curious, and with my first partner I had to investigate various forms of birth control on my own. States and towns are continually battling about how best to education their children about sexual safety. The Illinois Senate recently passed a bill mandating that contraceptives be added to the curriculum for grades six through 12 (currently, they’re only required to teach about abstinence as a form of pregnancy and STD prevention). According to the Chicago Tribune, “Sen. Dan Duffy, R-Lake Barrington, argued that teaching students anything more than abstinence would encourage them to have sex.”

This argument comes up repeatedly and always sounds like the most ignorant thing in the world to me. Not only does making abstinence the standard not work for those who aren’t going to choose it, it also means that those who are having sex, or are simply curious about it, are going to have fewer people to ask questions about sex. It makes them feel like there’s something wrong with them for having those desires. News flash: there’s not. We should all be angry that those who want to promote abstinence as the best method for teenagers can’t open their eyes enough to see that not everyone is going to follow that rule.

Furthermore, the shame, ignorance and misinformation that can brew in those who are just starting on their sexual journey is dangerous. Central Florida Future guest columnist Anna Eskamimi writes, “My high school's sexual education program revolved around us, the students, being made scared to have sex. I remember, quite explicitly, hearing premarital sex compared to used bubblegum — ‘Who would want to chew used bubblegum?’ — was our guest speaker's main argument.”

While what kids learn in school is clearly important, and abstinence only education makes a mockery of the reality of teens’ lives, getting educated about sex shouldn’t end once you graduate high school, and isn’t only about what happens within institutions. We learn about sex from numerous sources: friends, family, pop culture, porn. In the book Your Daughter’s Bedroom: Insights for Raising Confident Women, Joyce T. McFadden draws on an extensive survey she did about what lessons women did and didn’t learn from their mothers about sex. Many of them were left with a sense of shame around their bodies, desires and sexuality that had long-lasting impacts, sometimes even outliving their mothers.

McFadden concludes, “It’s helpful to let your daughter bear witness to you when you’re feeling sexy or sexual. Comment on it, and celebrate it. You don’t even have to be in a sexual relationship to have such feelings. I could be as simple as saying, ‘I always feel sexy when I wear this shirt,’ or when relating a love story of yours, being sure to include how you felt in your own body ? and use any language you feel comfortable with… she just needs to know it’s there, in you, and that it makes you feel alive. Don’t be complicit in contributing to the stereotype that mothers aren’t sexual.”

That’s not to say the burden should only fall on mothers (or fathers) to educate children, but it’s about more than just the birds and the bees, it’s also an attitude about the role of sexuality in both our culture and our lives. Parents who cloak sex in secrecy or assume their kids will learn about it elsewhere, do them a disservice. This doesn’t mean you have to literally let it all hang out ? boundaries are, of course, important ? but that what we learn at home does matter, intensely.

Sex education is about more than biology though, and shouldn’t be something that begins and ends in the classroom. I’m not saying everyone needs to be off taking extracurricular classes on the topic, but just knowing what’s out there, the same way you might browse the catalog of a cooking school, is helpful. I remember giving a friend a copy of Violet Blue’s book The Smart Girl’s Guide to the G-Spot after she wasn’t sure what exactly was happening when she ejaculated. The idea that we’re just supposed to know all these things through osmosis, or observation, or by doing them, isn’t accurate when it comes to the complexity of sex and our bodies. There’s more to sex ed than STDs and pregnancy prevention; a friend posted recently on Facebook that her doctor asked her if a symptom might have been caused by lack of intercourse, and by intercourse, she meant with a biological male, ignoring the queer reality of my friend’s sex life. Doctors aren’t always as knowledgeable as they should be, and they too should demand as much sex education as they can get.

I can tell you that when it comes to my own sexual ignorance, even after writing about sex for a decade, my first feeling is shame about that ignorance. The fact is, people have questions about sex. Some of the ones Ellen’s been asked are: “Can you break your penis?” and “Are there any long term effects of masturbation?” (answers can be found at SexEdAdvice.com). There are no stupid questions when it comes to sex, no matter what your age, and I hope everyone has someone knowledgeable from which to get their information, or at the very least, someone who they can ask and not be made to feel ashamed. I believe that process should start in middle school (or whenever a child has questions), but it should never truly end. 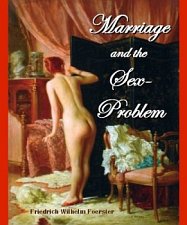