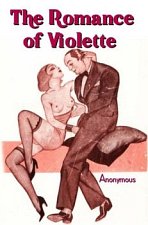 Djedi, a robot explorer, looked into the tunnel extending from the Queen's Chamber to one of the walls of the Great Pyramid of Giza in Egypt. Archeologists found mysterious red hieroglyphs that have not been seen for 4,500 years. The robot found other mysteries in the iconic pyramid as well.


The robot, named after the magician of pharaoh Khufu, found the red hieroglyphs on the wall inside a tiny chamber at the Great Pyramid of Giza.

"Red-painted numbers and graffiti are very common around Giza," says Peter Der Manuelian, an Egyptologist at Harvard University and director of the Giza Archives at the Museum of Fine Arts, Boston. "They are often masons' or work-gangs' marks, denoting numbers, dates or even the names of the gangs."

Two tiny tunnels measured 20x20 centimeters - the northern and the southern one - were discovered by Britain's Waynman Dixon in 1872. In 1993, German engineer Rudolf Gantenbrink sent a robot to explore the tunnels. His robot crawled about 200 feet up the south wall and discovered what appeared to be a small stone door set with metal pins.

Some scientists assumed that the pins were the door handles, whereas others said that they were the door keys. There is also a version saying that the metal pins were a part of the energy force which extraterrestrials created to fly into space. The southern tunnel in the pyramid points to Sirius and the constellation of Orion.

In 2002, scientists sent another robot inside the Great Pyramid. The tiny camera installed on the robot found a secret chamber behind the first door. Another secret chamber was discovered underneath the Queen's Chamber in 2004.

During the most recent research, robot Djedi crawled along the tunnel exploring the rear part of the first stone block. The robot found out that the wall is meticulously polished.

Kate Spence of Cambridge University, who did not take part in the research, believes that the narrow tunnel, most likely, had no practical use.

"The metal pins look like symbolic door handles, and the shafts from the Queen's Chamber are oriented north-south, not east-west, so I strongly suspect that their function is symbolic and relates to the stars, not the sun," she says.

The shaft pointing to the stars, rather than to the sun, had a symbolic meaning. There is most likely no chamber behind the second block.

Archeologists said in 2002 that they were not hoping to discover anything behind the second door. The door sits only 13 meters far from the outer wall of the pyramid, which means that there is too little space there for another chamber.

Zahi Hawass, the longtime head of Egypt's antiquities ministry and the director of the Djedi project, says that no other pyramid is known to have a tunnel and doorway like this, which, he says, suggests there could be a hidden room.

This author, writing in the late 1970s states the he and his fellow amateur archeologists were in the hidden chambers behind the door. 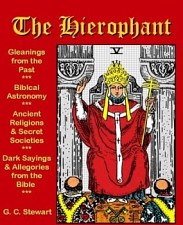