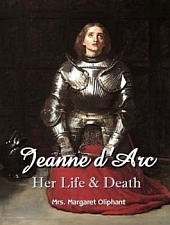 Even Bill Clinton Knows It's Over!


The men the American people admire most extravagantly are the most daring liars; the men they detest most violently are those who try to tell them the truth. ~ H.L. Mencken

June 14, 2011 ----- Bill Clinton – the examplar of truth in modern America – has proposed the establishment of a government "ministry of truth" – to be run by either the United States government or the United Nations – that would supervise the content of the Internet, requiring individuals and websites to conform to agency factual standards. Such a proposal is consistent with Hillary Clinton’s long-standing interest in establishing a government "gatekeeper" for the Internet; one that would prevent just anyone from putting their opinions out into the world.

Apart from the obvious 1st Amendment/fascist/1984 Orwellian/marketplace of ideas implications of such an offering – a discussion which, I trust, needs no explication on this website – I am partially encouraged by Clinton’s suggestion. It demonstrates just how desperately and feverishly the political Establishment must go in futilely trying to resist its own demise. Like the erstwhile USSR, the American Empire is in a terminal condition; some of its constituents actively considering secession and/or nullification alternatives to national (and even international) hegemony. It is not surprising, therefore, that Bill would propose a similar state-run system of mind-control with which Soviet officials sought refuge from the irresistible forces of change.

The Internet is the most familiar expression of the decentralized nature of our modern world. Technological innovation has opened up the fourth stage in the "information revolution" that began when human beings invented language. Gutenberg’s subsequent invention – whose technology greatly expanded mankind’s capacities for exchanging ideas and information with one another and, in the process, upset the prevailing political order - was a miniscule advance when compared to the Internet and its derivative technologies.

At all times, and in all places, those who desire to control the lives and property of their neighbors have been beset by the destabilizing character of open communication. Information – which Gregory Bateson defined as "differences that matter" – has long had a liberating influence. This is why the framers of the Constitution began the "Bill of Rights" with the 1st Amendment, embracing all then-known forms of communication. But the corporate-state owners of America cannot abide instability. They are firmly entrenched in maintaining the status quo, a condition synonymous with the nature of institutions. When an organization has become an end-in-itself (i.e., an institution) liberty becomes a form of entropy to be repressed. This is why no tyrannical regime has ever tolerated the liberty of individuals to speak and act as they choose. Individual liberty – facilitated by the openness of the Internet and other technologies – is what the owners most fear, because it vitalizes human energies to pursue an ever-changing multiplicity of ends. Younger generations can distinguish the cornucopia of options available on the Internet from the suffocating atmosphere of the institutional order and, in so doing, are attracted to less-structured social systems that weaken state power.

If Bill Clinton was truly desirous of enhancing the pursuit of truth, he might propose dismantling the agencies and practices of the nation-state that not only help to perpetuate the lies upon which the established order is dependent, but restrain those who would speak the truth. The Internet draws its energies from an awareness, by so many millions of people, that the corporate-state power structure is underlain by a labyrinth of lies, deceit, contradictions, and the generation of self-serving conflicts among people. Those who frequent the Internet for news, policy analyses, and opinions not to be found in the Establishment-owned and run mainstream media, do so out of the same skeptical sense expressed by the late George Carlin who declared: "I never believe anything the government tells me."

Bill could begin his campaign not by attacking the most fruitful system presently in operation for the pursuit of truth and understanding, but by going after his master’s mechanisms of control. Wouldn’t truth be enhanced by the state ceasing the practice of classifying the record of its deeds as "secrets" to be kept from the American people? Wouldn’t his attack on such practices allow him to regain some semblance of the credibility he lost when he looked straight into the eyes of the TV camera and assured us that he "did not have sex with that woman"? Why doesn’t this man rise to the defense of Private Bradley Manning – who sits in a prison awaiting a trial he will probably never have – for allegedly helping to make public documents that Clinton’s cronies preferred to keep from the rest of us? He might also undertake a "Fair Play for Julian Assange Committee" – "leftists" love hiding behind the word "fair" – for using the Internet to help the world develop a more "truthful" base for understanding the lies that inhere in the machinations of realpolitik. After all, isn’t Wikileaks but one of the many Internet users who are doing what Bill says he would like to see done, namely, pursuing truth through countervailing systems of inquiry?

Perhaps Bill could turn his attentions to such agencies as the FCC, by proposing its termination. Hillary was correct: the Internet does allow anyone to put his or her ideas out into world, but the FCC was created – and has been maintained – for the purpose of keeping broadcast technology safely within the hands of those who do the Establishment’s bidding. Again, so much of the energy enjoyed by the Internet arises from a growing popular insistence that the "Newspeak" regularly presented by the mainstream media be challenged. As Noam Chomsky reminds us, it is not the purpose of the mainstream media to question the corporate-state arrangement. That task has fallen to the Internet, a system the Clintons – and their masters – want so much to destroy.

Bill might also be inclined to go after the mainstream newspapers, by fostering legislation requiring them to provide alternative factual reporting and editorials. Nor would he be expected to keep the churches free of the reaches of his "Ministry of Truth." What about a requirement that pulpits be opened to those of differing religious/anti-religious persuasions? Such a "ministry" would take on a whole new meaning, would it not? And can we count on Bill to support Ron Paul’s efforts to open up, to audit, the secrets of the Federal Reserve and, in the process, inject "truth" into our understanding of the nature of this agency?

I can imagine the parrots of the mainstream media chirping their support for Clinton’s efforts to destroy the autonomous and spontaneous nature of the Internet. After all, with viewers and subscribers to the established media in sharp decline, they would find it in their self-interest to eliminate a competition they have neither the talent nor the disposition to emulate. I can imagine the cable channels’ assortment of on-camera David Dullards and Amelia Airheads endorsing Bill’s proposal with the plea "how else are we going to maintain a free society?"

Bill might even go so far as to offer up a motto for his Ministry of Truth. Borrowed from Mark Twain, these words might be inscribed on its seal: "Truth is the most valuable thing we have. Let us economize it."

Butler Shaffer teaches at the Southwestern University School of Law. He is the author of the newly-released In Restraint of Trade: The Business Campaign Against Competition, 1918–1938 and of Calculated Chaos: Institutional Threats to Peace and Human Survival. His latest book is Boundaries of Order. 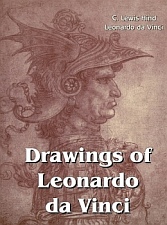