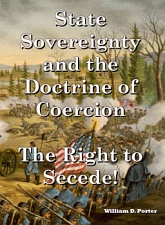 My Fellow Republicans Have Trampled Our Principles

Make no mistake this is not about “liberals vs. conservatives,” or Republicans vs. Democrats, It’s about what is right, and what is wrong. The legislation and policies of Gov. Rick Scott and legislative leadership are wrong.


It’s about shouting a warning to Floridians that their elected leaders are selling them down the river, saying one thing, but doing another.

In 16 years in the Florida House, Senate and Public Service Commission, I have tried to inform people about what was going on in their government and provided the inside scoop that political leaders did not want you to know about. I have been warning for years and providing examples of our representative government/democracy being sold to the highest contributors, the slush funds and the corruption. That it really is about money.

I have been a Republican and believe in the Republican principles of long ago: Less government in my private life; not taxing us to death; protecting personal freedom; personal responsibility; the right to protect myself and family; and for allowing business to do what it does best — do business without excessive or unnecessary regulations. But, and contrary to the current crop of Republican leaders, I do not want Halliburton in charge of the Pentagon, BP heading up the Department of Environmental Protection or Enron making energy policy.

In recent years I have seen exactly the opposite of that philosophy and I have seen much corruption, so much so that a grand jury ranked Florida No. 1 in corruption.

I have a problem with those who have hijacked the Republican Party to use it for their own selfish gain, who wouldn’t have a clue what an Republican platform is and who have mutated the “R” philosophy beyond recognition. I take offense that they use the hard-working grassroots level Republicans to help promote a philosophy that they do not practice. Many good Republicans who worked hard for this party have written books telling us what was happening, apparently to no avail. It cannot be that all that matters is that our side wins at any cost. I refuse to believe anyone could not see the harm in doing that.

Seems that anytime an elected Republican official would not go along with the crooks who stole the party, they were labeled as “Republicans In Name Only (RINOs), and that tactic worked for awhile. This has brought the R party to the sad place where I see it is now, fractured.

As a Republican I cannot be proud of the state party chairman being carted off in handcuffs and accused of stealing contributions. I cannot be proud of or defend R leaders abusing the party credit cards for things like lingerie for girlfriends, home repairs, trips to Las Vegas and more.

I will not defend the Republican Senate President who stridently squawks for smaller government yet has taken three government salaries, tax paid, ostensibly as a professor, not to teach, but to take three years to write a book on politics, achieving a kindergarten level of literacy of which the college only had one single copy of. I have sat next to this legislator in committees when serious discussion was taking place only to watch him write greeting and birthday cards to his constituents for political purposes, totally oblivious of the discussions going on. For years legislative leaders obtained for certain legislators these extra “jobs” in return for a “do everything you’re told” legislator. Pretty hard for those legislators to object when they have gotten used to the trough, even when it hurts the very people who have voted for them.

I cannot be proud of legislation proposed and passed this session that strips away minimum protections for our elderly in taxpayer subsidized for-profit nursing homes, legislation that turns them into fodder for overpaid executives and coupon-clipping shareholders. One of my biggest battles in the Legislature as chair of the House Elder Affairs and Long-Term Care Committee was to bring nursing-home quality of care standards merely up to the federal minimum safety levels. I recall an influential owner of a large nursing-home chain telling me he could not provide those minimum standards and also provide the money his shareholders and executives demanded.

I am not proud of the firing of the state’s long-term-care ombudsman, who was doing a great job and was supported by nursing-home residents’ family members. I am not proud of the reduced funding for Medicaid supported poor elderly while reducing the minimum required staffing levels I fought so hard to get into law — all this while further curbs on civil litigation to redress nursing-home horrors passed.

The attempt to privatize everything government does is alive and well, under the premise of “efficiency” and while some privatization works well, not all does. After all, the mission of government, contrary to the booming proclamations of self-absorbed politicians, is, among other notable goals, to promote the general welfare and secure the blessings of liberty, not to grease the avenues of profit for significant campaign contributors. Privatization makes for more, and larger, sources of contributions.

As chair of the Senate Governmental Operations Committee, I saw firsthand how taxpayers got ripped off by some of the major privatized contracts. My committee had to fix the huge errors in contracts and found that they came at a very high cost to the taxpayer. Although a company bid low and won the contract, embedded in many contracts were automatic increases that, most times, had us paying a much higher price for the service than when provided by the state, and the most elementary protections one would expect to find in contracts were removed.

I am yet more ashamed of the massive deregulation bills that passed this session. Attacks on water laws, the environment and the all-out “build it wherever and however you want it” approach to growth.

For the last 16 years, the Republican majority deregulated where it was called for, removing unnecessary, duplicative measures. The recent bills are simply giveaways and will cause great harm.

I cannot be proud of the attacks on our teachers and state workers, firefighters, police the environment and even election laws. I had in my Senate district a state firefighter whose salary was such that he qualified for food stamps when his wife was expecting a second child. To legislators who fashioned bills for drug testing state workers, here’s an idea: Eliminate the exceptions for executive and legislative staff, and members of the House and Senate.

I am ashamed of the relentless intrusion into personal decisions in people’s personal lives, despite Republican leadership’s mantra that government be minimal. I’m not proud that millions were hidden in the 2006 budget to get an airport hangar that a big contributor and friend of the Republican House speaker wanted. I am incensed that a Jeb Bush appointee, who managed to squander tax dollars in outfitting the Taj Mahal courthouse with the mahogany furniture, flat screen TVs and expensive artwork, while we are laying off people and cutting essential services, has managed to be charged with abusing his authority as a judge by the Judicial Qualifications Commission.

There are attacks on citizen’s ballot initiatives, only to find that the biggest abusers of the constitutional amendment process are the legislators themselves, and for political purposes.

They are even fighting the majority of citizens (63 percent) who voted for a ballot initiative for fair districts with our own tax. I cannot be proud to find that the Florida Speaker has hired his own law firm to litigate the Fair Districts amendment challenges.

For a party ostensibly consumed by economic efficiency, the CSX sweetheart deal, which costs us millions and puts operational liability on tax payers, is inexplicable, except to the extent that its been reported a key legislator has property that will benefit from the deal..

Do you really think you are getting a fair shake? This agency will continue to be a waste of tax dollars until it is removed from the Legislature’s control.

The usurpation of PSC responsibilities by the Legislature is reflected by the amendment sneaked into the energy bill that passed in 2006 by the soon to be senate president. When the bill came to the floor it was never mentioned — as used to be the custom — that substantial and major policy changes had been introduced, and we all voted for it. Republican leadership put one over on us at the behest of the utility lobby. Now with nuclear under the gun, the ratepayers will pick up every dollar of the estimated half-billion-dollar cost already incurred after various nuclear projects are abandoned.

Today’s Republican leaders demand a beehive mentality even as they stray further from real Republican principles. There are “boys” with little life experience running the four-largest state. While I have no doubt that the Democratic Party has its problems, I speak as a Republican who has been on the inside for a long time.

I believe that the millions of dollars from the mega-corporations that the Republican Party hijackers get in their sweet-sounding slush funds, with names something like the “Committee to Create a Beautiful World,” are given with the purpose of pushing the corporate hegemony, which is advancing rapidly throughout the country. While I am not anti-corporation, I certainly do not want my country run by them. I see the same legislation in many states. My son and many of your sons and daughters are not serving this country in our military to hand our democracy over to mega-corporations. Veterans should be outraged.

No one, no matter the party affiliation, can want an elected official who just follows. Why have separate districts? Not many of us get to vote for the leaders of any party, just for those who run from our own districts. We should expect that they remember where they came from and vote for the interests of their districts as well as the Constitution they swore to uphold.

I have been asked by many people to run for elected office again, to stay involved. I have a fire in my gut more than ever to stop the selling of our representative government; to stop the corruption and the hypocrisy; to work toward fixing the real problems we are all facing. I cannot and will not sit and do nothing.

If belonging to a political party means having to follow blindly, count me out. We need more citizen legislators with the courage to fly alone if the team goes in the wrong direction. Both political parties need a reawakening. In these dire times, partisan politics is the last thing we need.

I put a lot on the line to advise you that the proposals by young inexperienced legislative power mongers and Gov. Scott were going to do harm to the very people I worked hard to protect.

Those agendas have become policy of the state. We have to fight hard to get our democracy back. Our rights and our government are worth that fight. The time is now.

http://www.miamiherald.com
© 2011 Nancy Argenziano
Nancy Argenziano served as a Republican state representative and state senator in Florida whose districts included Citrus County. After serving in the Legislature, she served on the Florida Public Service Commission Of Course He's GOP Gay!
He's tried to deny his gayness by forcing gays
into involuntary servitude, by denying them
equal rights 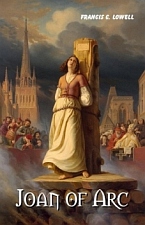