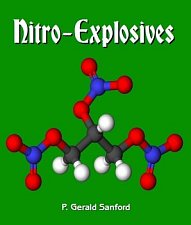 The Fall of Man

We've all been taught, if you were raised in a Christian church, that man is born into sin. His sinful nature was due to one of the tales of Adam and Eve.

This story begins when Eve was seduced by a serpent.

Most preachers are reticent to explain this part with any detail or common sense. Gen 3. And the LORD God said unto the woman, What [is] this [that] thou hast done? And the woman said, The serpent beguiled me, and I did eat.

Eve was seduced… that indicates that she was sexually seduced by this snake. It takes little imagination to envision this scene. Eve, laying in the grass of the Garden of Eden, fornicating her beloved vagina with a snake… Hmmm.. lacks common sense.

Eve would probably only be 'beguiled', (wholly seduced) by another being, one rather close to the Adamic human. She was seduced by this being's 'snake' --- his penis.

Gen 3. Now the serpent was more subtil than any beast of the field which the LORD God had made.

This indicates a being of intelligence. This has to be why this statement was made in Genesis. He was subtle, indicating conniving and devious in the modern sense of the word. However, subtle also conveys the meaning of being refined, attractive, sophisticated, exquisite, comely. With a little knowledge of the Sacred languages, you understand that these languages convey entire concepts in a single word, whereas it take many words to explain a concept in English.

This serpent in the tale was the entire concept of the word subtle.. being all meanings of the concept of being subtle. Yet a serpent cannot have all those traits of subtlety.

This serpent is NOT identified as Satan, or a devil, or a demon in the story. He is not given a name at all. Many names in the Bible are really titles, or identifiers of what the character was or did. This is much like many family names today, i.e. carpenter, butler, farmer, or smith (tinsmith, blacksmith).

The name serpent, is what this being was in the story. It may or may not meant that he was of reptilian descent or a snake with feet, later to be chameleon-ed into a different kind of being. The serpent in the story was a penis, and the being probably had a nice long one too.

For all intents and purposes the serpent in the Bible here, parallels Priapus, a sex god in the ancient world.

The serpent had to be a type of Priapus, one who enjoyed the worship of women. The next scene in the story is where Eve ate of the fruit of the forbidden tree, then shared the fruit with Adam.

Was it an apple, like many of the distorted retellings of this story? Not likely. What sort of fruits would open one's eyes? Magic mushrooms? Peyote? There's endless possibilities for interpretation.

What is odd in this Genesis tale, is that God was not mad because Eve and the snake being had sex, but because she and Adam ate the fruit! The beastiality part did not bother God at all.

Eating of the tree of knowledge was the Fall of Man, the Original Sin!

Gary DeVaney in his article "The Original Sin" states it this way: This is the "original sin" according to Pastor Arnold Murray. Murray strongly infers that Eve "shared" the "forbidden fruit" with Adam - that Adam performed a homosexual act with Satan.

But God was not angered by the adultery, the fornication, the beastiality, or the homosexual act! Only the fruit of the tree upset and angered God enough to curse humanity.

To go a bit further, BOTH Adam and Eve consumed the fruit of the tree. They both tasted the man mango juice of the ejaculation. This is of course a wild interpretation, but no more wild than Eve screwing a writhing snake and eating a forbidden apple, only to discover that she was naked, and cause the fall of mankind.

Gen 3. Unto Adam also and to his wife did the LORD God make coats of skins, and clothed them. 23 Therefore the LORD God sent him forth from the garden of Eden, to till the ground from whence he was taken.24 So he drove out the man; and he placed at the east of the garden of Eden Cherubims, and a flaming sword which turned every way, to keep the way of the tree of life.

Their punishment was to be cast out of the Garden of Eden, and the promise to surely die. In his anger God went hunting, killed a couple innocent animals, then proceeded to sew the skins and make clothes for Adam and Eve.

Adam and Eve were nude. They were naked. They were the first human nudists on planet Earth. Their Great Original Sin forced them to wear clothes.

These two poor, newly-created humans were too stupid to even realize they were naked! Furthermore, God wanted them ignorant and stupid!

Why, if God could create man from dirt, did He have to make clothes from skins? Why did God not want man to have the knowledge of good and evil?

Had they eaten more, they would be like God and live forever. Jesus the Son of God is born of a virgin. The churches say he came to die for our sins, to redeem mankind from the Great Original Sin. The torture and His murder was intentional, for his Daddy God decreed that this absurd idea was what was needed to bring man back into being sinless, innocent and ignorant, as were Adam and Eve.

Why does God hold people responsible 4000-6000 years later for what Adam and Eve did? I didn't eat the damn apple, Adam did! This is not a forgiving God, but Christianity would have you believe He is.

John 3: 16 For God so loved the world, that he gave his only begotten Son, that whosoever believeth in him should not perish, but have everlasting life. 17 For God sent not his Son into the world to condemn the world; but that the world through him might be saved.

So to be forgiven of all sins, including the Fall of Man sins, Jesus had to die on the cross, and then you must confess that Jesus is the only begotten Son of God, and be saved --- Saved not only from your sins, and the Original Sin, but from death!

You are born again, anew, into a sinless human.

Two chapters earlier, however, contradicts the Only Begotten Son theory. All you who receive Him, (receive Jesus into your heart) are to become Sons of God. Too bad for the Eve's -- there no help offered by God for you.

Once you are saved, and confess, and believe on the Lord Jesus Christ, you are forgiven of all your sins, gain eternal life, and become a Son of God, not born of flesh, but of God Himself.

This is where you became a Christian (if you believe this crap). You are born of God anew, sinless, innocent, clean, and white as snow.

If you Christians, are forgiven of your sins, including the Original Sin, then why are you not living the lives that God intended for Adam and Eve? Why have you not shucked off your clothing and going nude? Either you are NOT forgiven, and reborn, or you did not receive Him and believed on Him

If one was truly forgiven then one would have to be going nude, for clothing is one of the punishments for eating of the fruit. If you are a Christian wearing clothes then you are a hypocrite… you have a failed the mark of Christianity.

John 3: 16 For God so loved the world, that he gave his only begotten Son, that whosoever believeth in him should not perish, but have everlasting life.

Furthermore, you could not die.. You could not PERISH.. you would be here forever. If you die, you have perished. If you have perished, you cannot rise to meet Him in the air. Your decayed corpse coming back to life is not what the Bible says. That interpretation smacks of vampirism. It says if you are saved you will not perish and have everlasting life... you cannot die if you are truly a Christian.

So if you are wearing clothes, and worry about perishing, then you have not been forgiven of ALL SIN, you have not received Him, and you are not truly a believer. You are to be a peculiar people, as St. Peter described, and running around naked would be peculiar to the rest of us. But you would have the last laugh, because you would not die! Not by car accidents, not by tornados, not by hurricanes, not by floods, -- nothing could kill you. This is what a Christian Community should look like!

Christians, Show us your belief. GO NUDE, as God intended for the sinless man. 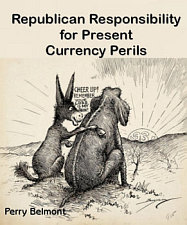