Why Are Food Prices Rising So Fast? Even More Federal Lies

Why Are Food Prices Rising So Fast?

If you do much grocery shopping, you have probably noticed that the cost of food has been rising at a very brisk pace over the past year. So why are food prices rising so fast? According to Federal Reserve Chairman Ben Bernanke, inflation is still very low and the economy is improving. So what is going on here? When I go to the grocery store these days, there are very few things that I will buy unless they are on sale. In fact, I have noticed that many of the new "sale prices" are the old regular prices. Other items have had their packages reduced in size in order to hide the price increases. But with millions of American families just barely scraping by as it is, what is going to happen if food prices keep rising this rapidly?

The food prices are especially painful if you are trying to eat healthy. Most of the low price stuff in the grocery stores is garbage. Eating the "typical American diet" is a highway to cancer, heart disease and diabetes.

But if you try to stick to food that is "healthy" or "organic" you can blow through hundreds of dollars in a heartbeat. In fact, the reality is that tens of millions of American families have now essentially been priced out of a healthy diet.

Soon there will be millions more American families that will not even be able to afford an unhealthy diet.

Some recent statistics compiled by the Bureau of Labor Statistics are absolutely staggering. According to a recent CNBC article, over the past year many of the most popular foods in America have absolutely soared in price....

Coffee, for instance, is up 40 percent. Celery is 28 percent higher while butter prices rose 26.4 percent. Rounding out the top five are bacon, at 23.5 percent, and cabbage, at 23.3 percent.

Unfortunately, it looks like the trend of rising food prices is accelerating. Just look at what the CNBC article says happened in the month of April alone....

Just in April—the most recent month for which data is available—grapes went up nearly 30 percent, cabbage jumped about 17 percent and orange juice surged more than 5 percent.

Meat is becoming more expensive as well. Since March 2009, livestock prices have risen by 138%.

So when Ben Bernanke tells us that inflation is very low, that really is a lie. On the stuff that people spend money on every day (like food and gas), prices have gone up dramatically.

Sadly, this is not just a phenomenon that is happening in the United States. The truth is that the entire planet is rapidly approaching a horrific global food crisis.

Over the past year, the global price of food has risen by 37 percent and this has pushed approximately 44 million more people around the world into poverty.

When food prices rise in the U.S. it may be painful for millions of American families, but around the world a rise in food prices can mean the difference between surviving and not surviving.

That is why it has been so alarming that the global price of wheat has approximately doubled over the past year.

But it is not just wheat that has been soaring. Check out what a recent Bloomberg article had to say about what has been happening to many key agricultural commodities over the past year....

Corn futures advanced 77 percent in the past 12 months in Chicago trading, a global benchmark, rice gained 39 percent and sugar jumped 64 percent. There will be shortages in corn, wheat, soybeans, coffee and cocoa this year or next, according to Utrecht, Netherlands-based Rabobank Groep. Prices also rose after droughts and floods from Australia to Canada ruined crops last year. European farmers are now contending with their driest growing season in more than three decades. Even before this recent spike in food prices the world was struggling to get enough food to everybody. It has been estimated that somewhere in the world someone starves to death every 3.6 seconds, and 75 percent of those are children under the age of five.

So what is going to happen if food prices keep on rising at the current pace?

That is a very good question.

We really are starting to move into unprecedented territory. Nobody is quite sure what is going to happen next.

So why is all of this happening?

Well, a lot of people are blaming the Federal Reserve. All of the "quantitative easing" that the Fed has done has flooded the financial markets with money. All of that money had to go somewhere. Much of it has pumped up the prices of hard assets such as oil, gold and agricultural commodities.

But it is not just the Fed that is to blame. The truth is that central banks all over the world have been recklessly printing money.

When the amount of money in an economy goes up, the purchasing value of all existing money goes down. In the United States, that means that your dollars will not go as far as they did before.

But it is not just monetary policy that is affecting food prices. In 2010 and 2011 we have seen an unprecedented wave of natural disasters and crazy weather. This has caused problems with crops all over the globe.

In addition, U.S. economic policies are also playing a role. At this point, almost a third of all corn grown in the United States is used for fuel. This is putting a lot of stress on the price of corn.

Also, there are some long-term trends that are not in our favor. For example, the systematic depletion of the Ogallala Aquifer could eventually turn "America's Breadbasket" back into the "Dust Bowl". If you have not heard of this problem I would encourage you to do some research on it.

Things are going to get a lot worse, but already America is having a really hard time feeding itself. According to Feeding America's 2010 hunger study, more than 37 million Americans are now being served by food pantries and soup kitchens.

So is that number unusual?

The number of Americans that are going to food pantries and soup kitchens has increased by 46% since 2006.

That is not a good trend.

Another stat that I talk a lot about in this column is the number of Americans on food stamps.

Right now, there are 44 million Americans on food stamps. Nearly half of them are children.

How did we ever get to the point as a nation where more than 20 million children end up on food stamps?

It is estimated that one out of every four American children is currently on food stamps, and it is being projected that approximately 50 percent of all U.S. children will be on food stamps at some point in their lives before they reach the age of 18.

So what is going to happen if the economy gets even worse?

What is going to happen if there really is a major food crisis in this country someday?

Food prices have been going up for decades and they are going to continue to go up. But the frightening thing is how fast they are increasing now.

As the U.S. middle class continues to be destroyed, the number of Americans that can't afford to buy enough food is going to continue to rise. Food prices are rising much faster than wages are, and that is not likely to change any time soon. Food is rapidly becoming one of the most important global economic issues of this decade. The farther one looks down the road, the bleaker things look for the global food situation.

I hope you are prepared for that. 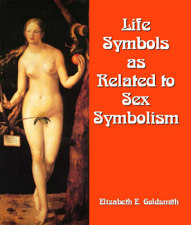