Over-sized rats are taking up residence southwest of Brisbane at Goodna, as residents slowly move back into their flood-affected homes.


The Courier-Mail website was overwhelmed with comments from readers complaining of large rats creating havoc in homes from Caboolture and Narangba to the inner-city today.

Residents at Bellbowrie, Indooroopilly, Yeronga and Hendra also reported the number of rodents were on the increase.

Ipswich City Council plans to unleash a force of fox terriers and pest control council workers to stop the pests next week.

Goodna residents have complained rats "the size of possums" were nesting in their homes because of the cooler weather.

The situation is believed to be worse because many flood-affected homes are unoccupied.

"They carry all sorts of disease, from a health point of view - any sort of faecal or urine traces they leave on surfaces - the bacteria spreads very easily and can cause sickness."

He said residents from surrounding areas, like Willawong northeast of Goodna, were shocked at how bold the rats were.

"People are intimidated by them, some get pretty comfortable if there's enough of them around.

"One woman rang and said there was one on her front step, it just sat there looking at her.

"If you've got things like chickens, dry dog food they'll come to your home."

Goodna Councillor Paul Tully said rats had become a real problem as residents returned to their homes after the floods.

''A lot of absentee landlords have done nothing to clean up their properties - you've got long grass and other mess they're attracted to,'' Cr Tully said.

''There might have been an initial clean up by volunteers but the grass hasn't been cut and the insides of the houses - nothing's been done by the rental parties, they've moved on and the rats have moved in.''

He said there had been "a whole stack" of complaints.

"The flood was in the middle of summer - good breeding season for the rats and they've obviously taken over," he said.

"It's not the rat city of the world but it's a real problem - we're committed to ensuring it doesn't get any worse."

"Fox-terriers are excellent for detecting and chasing rats, they will move from house to house," he said.

"They're bloody big rats - imagine a ringtail or brushtail possum... these are Goodna rats born and bred.

"Rats are pretty resilient I'm told they can survive a flood quite easily and can move back - they don't have a lot of natural predators."

Cr Tully said only 1 in 20 flooded homes had been reoccupied and even his own family would not be moving back to their home.

"We were with a company that paid us out our insurance but we won't be going back to that very home.''

"We'll be using the money to re-buy.

"My wife and children were away at the time of the flood and the emotional difficulty of going back to that very house and rebuilding it on the flood plain has just sort of overwhelmed us.''

Goodna resident Keiron Butler told the Queensland Times there had been a surge in rats on his property.

"Some are as big as possums, they're massive things," Mr Butler said.

Mr Butler is a greyhound breeder of 38 years and says the rats pose a threat to his five-year-old greyhound Rodger if they have poison in their system from baits, but Rodger the rat-catcher wants to catch them. 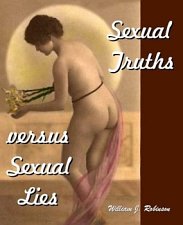