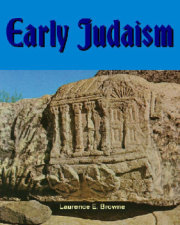 The Real History of America

For the last twenty years I have been writing articles and books and doing radio and television on the subject of monopolies and true conspiracies. And more importantly solutions to the problems the world increasingly faces when dealing wit a more and more powerful elite, which has already taken control of at least twenty five percent of the world's productive capacity. That is a fact. That is not somebody's paranoid speculation.

For the last twenty years I have been writing articles and books and doing radio and television on the subject of monopolies and true conspiracies. And more importantly solutions to the problems the world increasingly faces when dealing wit a more and more powerful elite, which has already taken control of at least twenty five percent of the world's productive capacity. That is a fact. That is not somebody's paranoid speculation.

Why is the history of America important? It is vitally important because it shows us how the context of freedom was created, without which we would have nothing.

This quote has been around the block a number of times since 1994. It first appeared for all intents and purposes in a journal called Foreign Affairs. And it stated that three hundred transnational corporations at that point owned roughly twenty-five percent of the world's productive capacity. That is an astonishing, stunning, staggering statement. The more you think about it, the more staggering it becomes because you see how few people we're talking about here relative to how much control, and that's as of 1994.

These things have a way of expanding in a cumulative style, if not exactly according to geometric proportions at least the momentum builds and once you reach a certain threshold, which now has long been passed, it becomes easier, not more difficult, to accumulate more power, more assets, more land, more natural resources, more cheap - nearly slave - labor, more countries. And that is what is happening in our world today. And the very visible elite are a coagulation of power called transnational corporations. That is fact. That is on the record. It is clear. It is very visible. You don't have to go poking back into strange, arcane lore to ferret it out, It is there.

Starting with that, it becomes clear to anybody that there needs to be a solution to this problem. A real solution.

Any time you allow even elected representatives, much less individuals who have not been elected or appointed, to gain that much control, and you look at the amount of exhaust fumes that they leave behind them in terms of their mistreatment of large groups of people and of countries, of the Earth itself through pollution, you end up understanding that there needs to be a decentralization of power on the planet.

This was precisely the thought that occurred to the rebels who became the American colonists, who broke away from England. And in telling the real history of America, I am not going to engage in a lot of he said, she said, they said. I am going to give the broad stroke sketch of what I consider to be the core essentials.

So it becomes very clear that increasing the scope and the power of one's imagination at the individual level provides tremendous control, possibility, overview, extension, into the future. A widening of influence, of creativity, of bringing about realities which did not heretofore exist. I will be giving some examples as I go through this program.

But suffice to say for now that when a context of freedom is created, and then imagination, individual imagination is used to the hilt, the result is power And as we push the frontiers of the imagination, we see that this power is virtually unlimited, and I mean unlimited. If you were to read the section in my book on the Tibetans and their visualization exercises which are carried on over very long periods of time, you would see that some of the characteristics that tend to be reserved in our planetary cultures for gods, the creation capabilities, are taken on by human beings as they do these visualization exercises.

Why is the history of America important? It is vitally important because it shows us how the context of freedom was created, without which we would have nothing. We would be living our lives completely according to the imagination of a few other people and their creations. And that in fact is called, the Formula of the Secret Society and it is, in the broadest sense, what has ruled this planet since the dawn of time. And I enumerate that aspect very clearly in my book, The Secret Behind Secret Societies. It is important to understand the context. It provides motivation, inspiration, knowledge, and sets the stage or the launching pad of the imagination. It definitely makes a difference.

So let us turn back the pages to Eleventh and Twelfth Century Europe when a small band of knights arose which I will call Knights Templar which formed up as a kind of military adjunct to the Holy Roman Church, which held vast sway in Europe. The seeming purpose of these few knights was to ensure the safety of pilgrims on their way to Jerusalem, to the Holy Land. It also seemed at moments that these Templar Knights were interested in finding the Holy Grail, whatever that might be. But in fact the organization of Knights Templar grew very quickly into some thousands of soldiers, was able to recruit from very wealthy families in Europe sons and wealth, because one would take a vow of poverty when entering the fold and give over all his worldly goods. This amounted when you were stripping this away from royal families to a huge amount of money and assets.

So the Knights Templar became quite powerful in its own right, as a military force and even more as an economic force. It became a kind of financial services company in Europe and it devised some of the more modem ideas about banking and money by proxy so to speak. 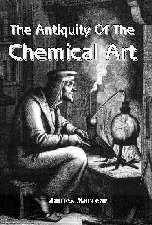