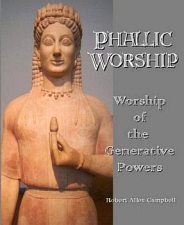 Make room. Scoot over. Squeeze in. Get your elbow out of my ribs. Get your toe out of my eye. Get your finger out of my ... well, OK, you can keep it in there if you like, but in some countries that means we're now engaged. Or perhaps Mormon.


I hope you don't mind being this hotly intimate. You do? Too bad. Better get used to it, sweetheart. It's only gonna get worse. It's not like you have a choice. It's not like it's easy being here on the planet 40 years from now, around the year 2050, the time when the new U.S. census data indicates, after much sighing and general wringing of hands, that we as a rapacious and relentlessly procreative species will be exploding all over ourselves in numbers that, at first glance, seem entirely ridiculous and untenable and doomed, but which, when you look at them more carefully, are completely ridiculous and untenable and doomed. Here it is: A mere 40 years from now, the world population, which just recently reached a sweating, gasping seven billion, will be well over nine billion. Ethiopia and Nigeria are on track to grow the fastest, nearly tripling in population, along with similar patterns in other "high-fertility" African regions, which is all kinds of absurd given that continent's struggles to adequately feed and water even a fraction of its current population.

Minorities will soon flip to the majority in America, much to the horror of Arizona, Texas and many, many panicky Tea Partiers, who very much believe that God really wants America to look exactly like a giant Idaho Wal-Mart, only with more gluten.

What else? Russia will apparently look a lot more like Detroit, given that harshy frozen country's severely declining birthrate, economic doldrums and generally low, vodka-abridged quality of life. America will retain its place as third largest in the world, mostly by birthing 100 million more confused coffee slurping fans of reality TV (308 million now, 423 million then), some of them very beautiful, life-affirming and totally cute in those jeans, but many of them mal-educated, broke and living with their parents -- and by the way, if you're around 25 and reading this right now, that parent is probably you.

In slightly more comforting news, China and India's populations will hold steady at 1.3 billion or so (China declining slightly, India growing), which is good news indeed because everyone agrees they're already completely preposterous as it is. Japan has almost no idea what's going on and will stay in vague socioeconomic limbo for many thousand more days. Parts of Europe are on the birth-rate "uptick," mostly because it feels good and they like sex more than they like God. Which is as it should be, really. What do we make of it all? How to remain optimistic and sober in the face of such seemingly senseless and staggering figures? More than nine billion people? Have we no shame? Have we no condoms? Have we no idea what the hell we're really doing on this pale blue dot way, way over here at the far edge of our tiny, forgotten galaxy?

And, well, they were essentially correct. Sure, we're still here. Sure, we've managed to avoid complete cataclysm so far. But only barely. It turns out we are fabulously good at reproducing like drunken rabbits. It's everything after that where we seem to lose our collective minds. But wait, is it really so bleak? Some experts argue that the human species, if we did ourselves right, could sustain all those bodies fairly well. We have plenty of physical space. Plenty of natural resources, even. It's simply a matter of distribution, of economic health/wealth, conservation, environmental protection, careful resource management. Also, consciousness, awareness, spiritual evolution, a shared sense of humanity and ethical mindfulness. I know: Good luck with that.

Nevertheless, some say we're fully capable of sustaining 10 billion humans. We just don't seem to have it in us to do what it takes. We're terrible at efficiency, long range planning, distribution of wealth and power. Empathy isn't always our strongest suit. Add in endless corruption and oppression, waste, intentional neglect and abuse, and the pie only gets higher.

And why? Because we as a species only seem to value one direction, one speed: Bigger. Faster. More. Growth and expansion and voracity. I'm no sociologist, but to my knowledge there is no first-world power whose leaders are currently designing a grand stratagem for thoughtful, healthy downsizing, for encouraging a declining birthrate, for consolidating resources and energy and treading more lightly, more consciously on the planet. Can you imagine? It's downright laughable to even suggest such a thing.

Grand result: It's nearly impossible to see our insatiable impulse for growth-at-any-cost as anything but proof of our imminent collapse. What else could it be? What other outcome is even possible?

But you know what? These raw numbers are only that: numbers. These census guesstimates are wide open to all sorts of interpretations and extrapolations, not all of them so dour and fatalistic.

What will happen in the next 40 years? Astonishing things. Gorgeous things. Terrible things. Wars, unchecked famine, massive droughts and global disasters on an unprecedented scale. Climate change, increasingly violent weather, mass death far more rampant. But also: tech, scientific and medical breakthroughs unlike anything we can imagine. In 40 years, we may discover bewildering insights and inventions we can only guess at right now. But for billions residing in the hardest hit nations, it will be a return to lives that are even more nasty, brutish and short. For those of us in the first-world comfort zone of wealth and ease, well, there will probably be much less overall wealth and ease. The system is simply overheating. The center cannot hold.

The wolf is lurching ever closer to the door. In fact, he's almost here. Unless that's just the UPS guy with a new iPad 2, yoga books and our new wine club delivery. Gosh, maybe it's not so bad after all. Guess we won't know until we open the door. © 2011 The San Francisco Chronicle
Mark Morford's new book, 'The Daring Spectacle: Adventures in Deviant Journalism,' is now available at daringspectacle.com, BN.com, and beyond. Join Mark on Facebook and Twitter, or email him. His website is markmorford.com. Mark's column appears every Wednesday on SFGate. 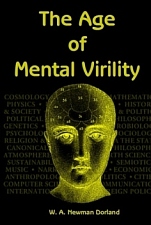