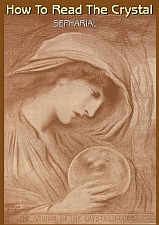 Lyndon LaRouche today demanded that President Obama live up to at least one of his 2008 campaign promises, and finally declassify the 28 pages of the Joint Congressional Report on the 9/11 attacks, detailing Saudi funding and other support of the plot.


During his Presidential campaign, candidate Obama had promised to make all of the evidence public; and in February 2009, soon after his inauguration, President Obama had specifically pledged to families of the Sept. 11, 2001 attacks that he would release the 28 pages of the Congressional inquiry that detailed the role of Saudi Ambassador to the United States and Bush family intimate Prince Bandar bin Sultan, along with other members of the Saudi royal family, in bankrolling and otherwise supporting the 9/11 hijackers, 15 of whom were identified as Saudi nationals.

On June 24, 2009, Kristen Breitweiser, a 9/11 families activist, whose husband was killed in the World Trade Center attack, told the New York Times that she had been personally promised by the President that he would declassify the document. Obama lied. Not only have two years passed in which he failed to declassify the 28-page chapter of the investigation co-chaired by Sen. Bob Graham (D-Fla.) and Sen. Richard Shelby (R-Ala.). On May 29, 2009, just five days before Obama made his first state visit to Saudi Arabia, then-Solicitor General (now Supreme Court Justice) Elena Kagan filed a brief before the Supreme Court, on behalf of the Obama Administration, urging the court to uphold a 2008 Second Circuit Court of Appeals ruling that families of the 9/11 victims could not sue Saudi government officials or members of the royal family, because they enjoyed sovereign immunity, under a 1976 U.S. Federal statute.

In a statement issued on May 29—the day the Kagan brief was filed with the Supreme Court—the families of the 9/11 victims who had brought the suit against the Saudi regime, issued a blistering press statement condemning President Obama. "In urging the high court not to review lower court decisions dismissing these cases, the Obama Administration took the side of the Saudi princes over thousands of family members and survivors of the 9/11 attacks seeking justice and accountability in U.S. courts," the statement read in part.

On June 3—the day President Obama arrived in Saudi Arabia—the families spoke again, in even stronger language. "The Administration's filing mocks our system of justice and strikes a blow against the public's right to know the facts about who financed and supported the murder of 3,000 innocent people. It undermines our fight against terrorism and suggests a green light to terrorist sympathizers the world over that they can send money to al Qaeda without having to worry that they will be held accountable in the U.S. Courts for the atrocities that result."

The Supreme Court sided with the Obama Administration and upheld the Second Circuit ruling, without written comment, on June 29, 2009. The Second Circuit had dismissed a lawsuit against five members of the Saudi royal family, including Prince Turki al-Faisal al-Saud, head of Saudi intelligence at the time of the 9/11 attacks, despite exhaustive evidence that the Saudi royals and Saudi intelligence had provided material and logistical support to the 9/11 hijackers.

The 28 Pages
Despite the "top secret" stamp, some of the contents of the 28-page chapter in the Joint Congressional report on the 9/11 attacks have come to light, including the fact that two known Saudi intelligence officers, Osama Basnan and Omar al-Bayoumi, provided financial and logistical support to at least two of the 19 hijackers.

The two hijackers, Nawaf Alhamzi and Khalid Almihdhar, arrived at Los Angeles International Airport around New Year's Day 2000, where they were greeted by al-Bayoumi, provided with cash, and outfitted with an apartment, Social Security ID cards, and other financial assistance. Al-Bayoumi also helped the two men enroll in flight training school in Florida. Basnan, the other Saudi intelligence officer who worked with al-Bayoumi to set up the two hijackers on their arrival in the United States, had his own checkered past, according to U.S. intelligence. At one point, Basnan was busted for cocaine trafficking, but the charges were dropped after a direct intervention from a still-unnamed official of the Saudi Embassy in Washington.

A subsequent investigation by Executive Intelligence Review counterintelligence researchers, among others, confirmed that funds were provided to Basnan and al-Bayoumi directly by then-Saudi Ambassador Prince Bandar, through an account at Riggs National Bank in Washington, D.C. The same account was the conduit for at least $2 billion in bribery payments from the British arms firm BAE Systems, under the "al-Yamamah" oil-for-arms barter deal. Some of the funds to at least two of the 9/11 hijackers were additionally provided by Prince Bandar's wife, Princess Haifa, the sister of former Saudi intelligence chief al-Faisal.

Between April 1998 and May 2002, Prince Bandar and Princess Haifa provided between $51,000 and $73,000 in personal checks and cashiers checks to Basnan and al-Bayoumi.

Al-Bayoumi left the United States shortly before the 9/11 attacks, and showed up in London for a brief period. Within days of the attacks, agents of New Scotland Yard raided al-Bayoumi's Birmingham apartment and found papers hidden beneath the floorboards, with names and phone numbers of officials at the Saudi Embassy in Washington.

On Sept. 8, 2004, Senator Graham gave an interview to Salon magazine, in which he discussed his just-released book, Intelligence Matters: The CIA, the FBI, Saudi Arabia and the Failure of America's War on Terror. In the interview, he assailed the Bush White House coverup of the Saudi regime's role in 9/11.

Asked specifically about sections of his report that had been suppressed by President Bush, Graham replied. "In general terms, it included the details of why we [on the committee] had raised suspicion that the Saudi government and various representatives of Saudi interests had supported some of the hijackers—and might have supported all of them. My own personal conclusion was that the evidence of official Saudi support for at least two of the terrorists in San Diego was, as one CIA agent said, incontrovertible. That led us to another question: Why would the Saudis have provided that level of assistance to 2 of the 19 [hijackers] and not the other 17? There wasn't an adequate attempt to answer that question."

Graham complained that, in addition to refusing to allow the public release of the documentation of the al-Bayoumi and Basnan links to the two San Diego 9/11 hijackers, the White House also refused to allow the Congressional investigators to interview an FBI informant in whose home the two hijackers resided when they first arrived in San Diego. The $2 Billion Question
At least one key feature of the Bush coverup that has been carried forward by President Obama is the pivotal role of Prince Bandar in the 9/11 affair. Had the 28-page suppressed chapter from the Joint Congressional report been released to the public, there is no doubt that Bandar's role would have been subject to thorough scrutiny. And, had the Bandar funding of the West Coast hijackers come to light at that time, the larger question of the Anglo-Saudi al-Yamamah program would have also been impossible to cover up any longer.

While various British media outlets, led by the Guardian, exposed the superficial corruption and bribery surrounding the al-Yamamah oil-for-weapons program, no one, other than EIR, exposed the ultimate objective of the al-Yamamah project: the creation of a massive offshore slush fund for conducting covert intelligence warfare.

British Author William Simpson, a Royal Military Academy classmate and friend of Prince Bandar, authored a semi-official biography of Bandar in 2006 titled, The Prince—The Secret Story of the World's Most Intriguing Royal. The book was, according to a senior U.S. intelligence official, commissioned by Bandar to lobby for a powerful position as national security advisor to the new King of Saudi Arabia, Abdullah. Bandar got the position, but the book provided some very embarrassing details about the Prince's role in the real al-Yamamah program, with dramatic implications for the 9/11 matter at hand.

Simpson wrote, "Although al-Yamamah constitutes a highly unconventional way of doing business, its lucrative spin-offs are the by-products of a wholly political objective: a Saudi political objective and a British political objective. Al-Yamamah is, first and foremost, a political contract. Negotiated at the height of the Cold War, its unique structure has enabled the Saudis to purchase weapons from around the globe to fund the fight against Communism. Al-Yamamah money can be found in the clandestine purchase of Russian ordnance used in the expulsion of Qaddafi's troops from Chad. It can also be traced to arms bought from Egypt and other countries, and sent to the Mujahideen in Afghanistan fighting the Soviet occupying forces."

What Simpson left out of the picture was the 9/11 attacks themselves. Osama bin Laden was a part of the Anglo-Saudi Afghan Mujahideen project funded through al-Yamamah, and eyewitness accounts, detailed in CIA files, indicate that, as late as 1998, al-Qaeda was receiving millions of dollars in cash payments from Saudi fronts of the royal family.

It can fairly be said that the coverup of the 9/11 attacks represents the most egregious government whitewash of a high crime against the American people since the Warren Commission coverup of the assassination of President John F. Kennedy in 1963.

It is this criminal conspiracy that President Obama has endorsed and joined, through his suppression of the critical 28 pages, and his other efforts to suppress the exposure of the Saudi royal family's hand in 9/11—in collusion with their British al-Yamamah partners.

Obama's Crime
"Ten years after the 9/11 attacks," LaRouche emphasized today, "President Obama continues the coverup that was launched by former President George W. Bush at the time of the attacks. We know that President Bush was motivated by the need to cover up the crimes of his father's close friends in the Saudi royal family. I suspect that President Obama is acting under direct orders from London, since any unraveling of the role of Prince Bandar and other Saudi royals in the 9/11 events would blow up the entire 'al-Yamamah' filthy offshore slush fund, that has been financing black intelligence operations and irregular warfare on a global scale since the mid-1980s." 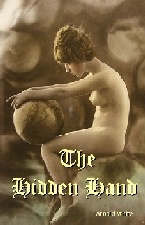