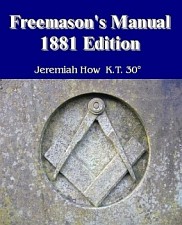 Neuro-sexual-science and the Really Big Bang

To fully appreciate a woman’s body, consider the following vulva et al fun facts: only female mammals have a clitoris, an organ with one singular purpose. That would be pleasure, aided and abetted by 8000 nerve endings (twice that of the average penis) that call the Female Fun Button home.


It’s no surprise that given those luscious innervations, 50-75 percent of women reach the Big Bang with clitoral stimulation (with or without vaginal intercourse), with the main attraction a joint venture between the brain and the genitals. Nature’s sexiest gem has yet to reveal its entire luster, but here’s what we know so far about the Clit Clit Hurray. According to The Daily Sex Bible: Inspirations and Techniques for the Best Year of Sex Ever, (Quiver Books, 2010) “all orgasms are really clitoral – even if the little pink shaft receives no direct stimulation.” That is because the exuberant clitoral nerves are connected to a network of 15,000 that service the entire pelvic region, explains the author, Susan Crain Bakos.

That means only a small portion of the clitoris can be seen by the naked eye. The average clitoris is around four inches in length (similar to a flaccid penis) with three fourths of it is hidden from view. This love apex lies anterior (tummy side) to the vaginal opening, near the labial folds (the two sets of lips are called the labial majora, or outer lips, and minora, or inner lips), covered by a clitoral hood, an overgrowth of skin. Sometimes the clitoral glans (also called the shaft) protrudes from the hood, though in many women it is barely noticeable. The front commissure refers to the areas above the base of the glans, just below where the outer lips meet.

The clitoral wings are like the long ends of a wishbone, and are located on both sides of the urethra (where urine is eliminated). These run back to the pubic bone and connect to the clitoris. The clitoral bulbs are erectile tissue that extends beneath the inner lips, and fill with blood when a woman is aroused.

The best part may be this: Your clitoris never ages. From birth to death, baring any unforeseen injury or insult, it is always at a woman’s service.

Every vulva is visually and somatically unique, and in fact, the size of a woman’s clitoris has no relationship to intensity of orgasms. Regardless of size, shape, or color, all are highly sensitive, virtual pleasure-producing Everests, whose secrets are being discovered by neuroscience and sex researchers around the globe. Some sexy parts seem more orgasmically forthright than others. If you feel as if you’ve got the Rock of Gibraltar instead of a magic carpet, one difficulty may be due to your Clitoral-Vaginal Distance (CV-distance).

Also called the Rule-of-Thumb, this gap has been proposed to explain why some women reach orgasm more readily than others. First suggested in 1924 by a contemporary of Freud’s, Princess Marie Bonaparte, this ‘Rule’ suggests that if the distance between your vaginal opening and your clitoris are longer than the length of your thumb, you may have more difficulties reaching orgasm via penile-vaginal intercourse only.

Dr. Kim Wallen of Emory University re-examined Bonaparte’s original work and concurred with the suggestion that at least to some degree physiology determines orgasmic response. “Clitoris-vagina distances less than 2.5 cm -- that's roughly from the tip of your thumb to your first knuckle -- tend to yield reliable orgasms during sex,” Wallen said in an LA Times interview. The correlation between C-V distance and the ability to orgasm requires future research to better understand the relationship between genital topography and getting over the top. In the meantime, it’s important for women to not get hung up on their measurements, explained Wallen.

Many now consider the ‘G-Spot’ – located about a fingers length inside the vagina - the interior extension of the clitoris. Actually, the G-spot was probably only missing for a few millennia, having been previously ‘discovered’ by ancient sexplorators such as the Taoists who called this spongy tissue the Black Pearl.

Best stimulated by a come-hither finger motion, the G-spot can produce orgasms in some woman that are more diffuse and deeper than typical clitoral orgasms. Neurologically speaking, the sensations from the clitoris travel along the pudendal nerve, while sensations from the G-Spot travel along the pelvic nerve. Some women respond orgasmically when this section of vaginal wall is toyed with while others prefer other hot spots. Finally, the u-spot is a small patch of responsive tissue above the opening of the urethra and below the clitoris that can be a lovely detour if or when direct stimulation feels too intense (post-coital) but you still want to stay afloat of pleasure waves.

Our Brains on Sex One thing they’ve discovered is that woman who have suffered a spinal cord with no feeling below the waste injury can still experience the Big-O; sexual gratification occurs through ‘new’ pathways along the vagus nerve, bypassing the spine completely. Their work has also helped anorgasmic women learn how to orgasm. What we know so far is that regardless of type or location of sexual stimuli, the brain seems to ‘interpret’ orgasm the same way, though our subjective interpretation of sexual satisfaction certainly varies. “An orgasm is an orgasm in the brain, where the real sex magic happens,” Bakos asserts.

We also know that orgasm alters the neurochemical nature of the brain via two key neurotransmitters, dopamine and oxytocin. In the most simplified terms, dopamine gives us that immediate rush associated with the mystery, allure, and flirtation of sexual attraction. Oxytocin creates our experience of ‘bonding’ and emotional connection (though levels also increase under duress – remember, we are keeping it simple here). Both work together to create the orgasmic response. So really, the Big Bang is a neurological joy ride involving our genitals and our brains.

Makes being a curious sex and science geek a whole lot more appealing too. 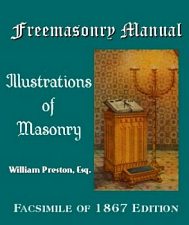