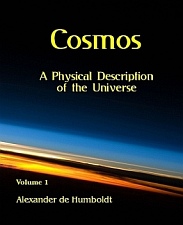 Wildfires destroyed at least 500 homes across Texas by Tuesday as authorities raced to evacuate residents and firefighters battled some of the worst blazes in the state's history.

The fires have been fanned by winds from a tropical depression that hit the southern United States over the weekend and have flared across ground left tinder dry by a summer drought, killing at least two people.


The worst blaze was reportedly six miles (10 kilometers) wide and 16 miles long, prompting mass evacuations as weather forecasts suggested the situation would get worse before it gets better.

"There will be more flare-ups with the cool air," a spokeswoman for the Texas Forest Service (TFS) said Monday, referring to a predicted drop in temperatures later this week.

Over the weekend, firefighters responded to 63 blazes that have burned approximately 32,936 acres, according to local officials.

Texas Governor Rick Perry, a Republican White House hopeful who had been campaigning in South Carolina ahead of a major debate on Wednesday night, flew home as television pictures showed smoke and flames engulfing his state.

"We will pick up the pieces, we will rebuild," he told reporters shortly after arriving back in Texas, having earlier described the wildfire situation as "severe," and pledged resources to protect lives and property.

"I urge Texans to take extreme caution as we continue to see the devastating effects of sweeping wildfires impacting both rural and urban areas of the state," the governor added in a statement on his website.

Officials have ruled out arson as the cause of the fires and instead blame Tropical Depression Lee, which was graded as a more serious tropical storm when it came ashore in southern Louisiana early Sunday.

In Bastrop county, scene of the biggest Texas fire, officials said at least 500 homes had already been destroyed, a state record for a single fire.

"It's a major natural disaster," he told The Austin American-Statesman newspaper, as new fires hit a huge swath of central Texas.

A TFS official told Fox News that the situation was "unprecedented."

"These fires are moving extremely fast. Citizens need to go at the first sign of smoke or flame," Justice Jones said.

In Bastrop, more than 250 fire personnel were on hand, with planes and helicopters dumping water from above, but across the state the crews struggled to refill at lakes and rivers drained by the long, hot drought.

"There's practically a fleet of aircraft in the air," said Jan Amen, a Forest Service spokeswoman in Bastrop. "Problem is, we have to share them with other fires because there's so many burning in the area."

In East Texas, a fast-moving fire is believed to have killed a 20-year-old woman and her child, who failed to get out of their trailer home fast enough.

Since the beginning of the wildfire season, Texas has dealt with over 20,900 fires that have destroyed more than 1,000 homes and burned 3.6 million acres, according to local and state officials.

Since GOOBER PERRY nor OBAMA will give any assistance with funds, manpower, etc... there are Texans helping Texans to put out these fires... resources to fight fires in Texas are thin to none.

This link will give you a place to donate supplies or money for supplies, without one cent being taken out for 'expenses'--100% of your donation goes directly to supplies for firefighting or supplies for the firefighters.