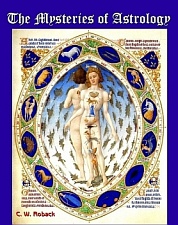 Why Are Men Obsessed With Being Tough?

Like women, men are pushed to obsess over unrealistic ways of looking and acting. And that hurts everyone.

In the following interview, history and gender studies professor and writer Hugo Schwyzer talks about the increasing pressure on men to fit unrealistic body ideals.


Do you think we even need to have a conversation about male beauty and body image? Is it relevant?

And it’s correlated to a lot of very unhealthy, very destructive behavior by men. As anyone who works in the field of domestic violence and violence prevention will surely attest, lack of confidence and anxiety are hallmarks of predators. That certainly doesn’t mean that every guy who has low self-esteem about his body is a predator, but it does mean that most guys who are abusive are also facing a whole host of other social pressures that include negative feelings about body image and a lot of rage and anger about that.

How would you describe “the beauty myth” as it applies to men?

Schwyzer: The constant that we see in the last 15 or 20 years isn’t a particular look, although certainly hairless, waxed, and pumped-up is very popular. What it is, is hardness. The ideal is hardness. If you look at men’s magazines today, what is the advertising all about? It’s about building muscle, and it’s about getting and maintaining a stronger erection. What do they have in common? Hardness.

And it’s men’s fear of being soft, like women’s fear of fat. For men, the enemy is softness. When a man wants to put another man down, he’ll often say “he’s soft.” And that means both physically and almost psychically. So for guys, the obsession is being hard, which means being badass, which means being tough—it means being physically hard in terms of what people can see in your body, it means being sexually able to perform on command because that’s what they see increasingly in pornography, and it’s this tremendous fear of weakness.

That’s the real ideal because it’s not just a particular look; there can be some variation in that. It isn’t just “The Situation” and his abs. There is some diversity, but it’s always hard.

Bitch: In response to a study finding correlations between male media consumption and negative body image, Deborah Tolman of the Center for Research on Gender and Sexuality in San Francisco told MSNBC: “For boys and men, engaging with these media images [that promote unrealistic beauty standards] is more of a choice." Do you think that young men are somehow more immune to these media messages, or are they just not talking about it?

Schwyzer: It reminds me a lot of what people were saying 25 years ago when I was first starting out when people said that anorexia and eating disorders were a white girl problem and that black and Latina girls didn’t have body image issues. And I had feminists of color tell me that when I was the young man in the room. The research has shown that, in fact, what happened? That anorexia and eating disorders were a predominantly white issue and metastasized to effect almost every community. Part of that was because of the mainstreaming of the white ideal, and part of that was because people weren’t doing the research on young women of color, so it remained invisible, and a lot of them got silenced about it.

A: We haven’t done enough research on this.

B: The pressure to achieve perfection is newer for guys than it is for young women.

C: Absolutely, guys are reluctant to talk about this.

Bitch: Statistically, a majority of girls don’t like what they see when they look in the mirror, and culturally we associate body dissatisfaction and appearance dissatisfaction with females. But would you expect the same to be true for boys and we just aren’t addressing it?

Schwyzer: Yes, but sometimes, you just have to get it more specific. When you talk about vague dissatisfaction with the whole body, that’s different that dissatisfaction with one area of the body. Both men and women are likely to name a “problem area,” but I think men are more likely to not say “I dislike my body” because that sounds feminine, but to say “I wish I had a bigger chest” or “I’m ashamed of my flabby belly,” or the classic one I hear from a lot of guys now, “I’m so scared I have man boobs.”

The anxiety about “man boobs,” which is obviously charged with [so many gender issues], that’s the huge one. That’s one of the biggest anxieties that I encounter. My friends who are trainers say that’s the number one question they get from new male clients: What can I do to get rid of my “man boobs”?

Men can be merciless to each other about that. And of course the culture of waxing and hair removal, there’s less to disguise. For guys, the hair removal and going through that waxing can be a very painful thing.

Bitch: Aside from the image of these sculpted, hairless chests, how is popular culture misleading young men about what they “should” look like and how they “should” perform masculinity?

Schwyzer: It’s a difficult one because it’s supposed to look effortless. And one of the things that happens is that vanity gets re-imagined, or reframed as dedication.

Take the [extreme exercise regimens] P90X and Insanity: How do they market themselves to guys? They don’t say “you’ll look so hot, you’ll look amazing.” They say, “you’ll look ripped, but above all, you’re going to prove your dedication.” It gets reframed as a masculine ritual—the dedication, the pressure. It’s almost like you’re going through your own personal Marine boot camp where you become a man. So it becomes a ritualized way of becoming more of a man, rather than just a guy, just a boy.

Your focus on building your pecs isn’t about looking hot because that would be feminine; it’s about being stronger and tougher and more masculine and proving that you can be dedicated to something and stick with it. And isn’t it a happy byproduct that you look awesome—because you can’t admit that that’s what the real driving force is.

Bitch: In that case, it seems like a big difference between beauty marketing toward women and men is that with women, the message is external, that other people will find you more attractive, whereas for men, it’s all about pumping up the self.

Schwyzer: Exactly. It’s self-centered in terms of meeting your own ideal, becoming the man you want to be. This all started with the Army 20, 25 years ago, when they went with the most brilliant advertising slogan ever: “Be All You Can Be.” They don’t even use that anymore. Now, they use “An Army of One,” which is the same damn thing. They decided to stop selling patriotism because that was old school and start selling personal transformation, and that was absolute genius.

Horatio Alger self-improvement obsession like that is so much a part of American masculinity: the endless desire to prove yourself, to make yourself, to transform yourself.

Bitch: What about this cultural homophobia that seems to exist regarding male grooming? There seems to be a fine line between a man caring about his appearance and a man caring too much.

Schwyzer: And knowing what that line is is very dependent on what group you’re in. And that’s why it’s helpful to have things like P90X and the gym and other things where you’re allowed to do this, where this is OK because I’m working on this.

When it comes to grooming, it gets reframed as an issue of competence. If you look at shaving advertisement, a guy whose got razor burn or a missed spot isn’t less attractive, it’s “Oh, dude, he screwed it up.” What do we say about a guy who’s really well put together? We don’t say he looks “hot; he looks “sharp.” He looks “tight.” When you’re working it, and, literally working it. It’s a job; it’s maintenance. But it’s about demonstrating competence. You’re not a dandy. You’re not feminine in the sense that you’re looking to be gazed at and desired. You’re demonstrating that you know how to put this together. I got the most awesome shave; I’m tight.

There are a lot of complicated permutations to that.

Bitch: What about the role of men of color? Do we need more conversations around how the “straight, white male” standard applies to and affects them?

Schwyzer: Yes, and with the recognition that these mean different things. The black male body and the Asian male body—all I have to do is say those phrases, and it brings to mind a whole host of stereotypes.

For black men, a lot of this is tripled and pushed even harder. There’s this myth out there that black men have all the attributes of white men, and more so. From being sexual super performers to stereotypically being better athletes to having bigger muscles, able to pack on muscle more easily. And of course, we have the exact reverse stereotype about young Asian men and their bodies.

So, yes, all of these pressures exist, but they exist in an enhanced way in the lives of young men of color. They don’t escape that at all. And for black men, for example, the closer you come to achieving the ideal, the more praise you get, but also the more threatening you become. Your body is an object of desire, but it’s also an object of such extraordinary cultural fear and anxiety.

Bitch: A number of studies have shown that gay men tend to adhere to an even more hypermuscular body ideal than heterosexual men. Might that have to do with a greater cultural pressure gay men might feel to perform masculinity?

Schwyzer: I think that’s fair to say. And where you really notice it is among older men. Among young guys today, body image anxiety is so high that I’m not sure that if you were to take a bunch of 18-year-olds, that an 18-year-old straight guy and an 18-year-old gay guy would have different ideals for themselves. They may have different sexual fantasies, but their sense of what they need to do to be sexually attractive is probably the same. 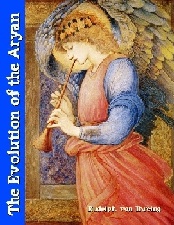