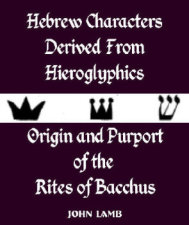 God's Own Whore and Hypocritter

(No one as illiterate and ignorant as Palin, got to where she is except on her back , on her knees, probably on all fours) The improbable hookup, based on anonymous sources, is recounted in the highly anticipated "The Rogue: Searching for The Real Sarah Palin," written by best-selling author Joe McGinniss.

The sure-to-be controversial tome says the one-time Alaskan governor was more than a Tea Partier - smoking pot with a college professor and snorting coke on a snowmobiling trip, the National Enquirer reported.

She also cheated on husband Todd, taking up with the First Dude's business partner in the mid-'90s, the Enquirer quoted the book as reporting.

But it was the unlikely jump ball between the 6-foot-8 Rice and the future vice presidential candidate that sparked an endless outpouring of cyberspace wisecracks.

"Sarah Palin had an intimate relationship with Glen Rice in the 80s," he tweeted. "Rice tried to resist but he was never one to stop anyone from scoring."

There was no response from the Palin camp to any of the tales from the McGinniss book, due on bookshelves next week.

Rice did not return calls for comment, although the Enquirer said Rice confirmed the romance to McGinniss.

A review of the book on the New York Times' website suggests the author egged Rice on with leading questions and never specifically says they had an encounter.

Sharpshooter Rice - who spent one season with the Knicks - was playing for Michigan in the annual "Great Alaska Shootout" while Palin was a sports reporter with Anchorage television station KTUU, the Enquirer said.

A friend described Palin as the aggressor, with the pal reporting "she hauled his ass down," the Enquirer said.

Their tryst reportedly occurred over Thanksgiving weekend 1987 in the dorm room of Palin's kid sister at the University of Alaska-Anchorage.

Less than a year later, Palin was pregnant by now-husband Todd and the couple eloped.

The book also repeated allegations - which Palin has denied - that she had a six-month affair with her husband's business partner in the mid-'90s.

The dalliance put a chill on the Palin marriage, with Todd complaining to friends about the loss of intimacy in their relationship, the Enquirer reported.

"I haven't seen the National Enquirer article," he wrote in an email. "I don't know about this instance, but they often get these reports right."

McGinniss, the author of "Fatal Vision" and "The Selling of the President," rented the house next door to the Palins in Wasilla while researching the bombshell book.

The book also reports that Palin was once seen snorting cocaine off the top of a 55-gallon drum while snowmobiling with friends. She also smoked pot with a professor while at Mat-Su College, the book said. 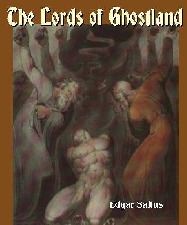