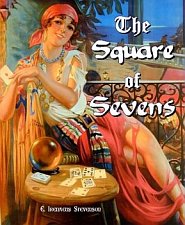 Has American-Style Conservatism Become a Religion?

Fundamentalist religion plays a big role in today's Republican party--but has it gone even further, spreading dangerous beliefs as articles of faith?

As the American right lurches from traditional conservatism – a go-slow approach to governing that stresses the importance of continuity and social stability – to a far more reactionary brand typified by acolytes of Ayn Rand and Tea Party extremists waving misspelled signs decrying Democrats' "socialism," the time has come to ask whether modern “backlash” conservatism has become a religious faith rather than a pedestrian political ideology. Ideology is grounded in the real world. It offers us a philosophical lens through which we can efficiently process what's happening in the world around us. Religion is different. It's a fixed belief system, based on faith, and it is immune to – or at least highly resistant to – challenges mounted by objective reality. Which better describes the belief system of a typical Rush Limbaugh fan or Tea Party activist?

Like religious faiths, the hard-right reveres an original text – the Constitution – and, like all religious fundamentalists, conservatives claim to adhere to a literalist interpretation of it while actually picking and choosing from among its tenets. Just as the vast majority of Christian fundamentalists don't actually stone their daughters to death when they're obnoxious to their fathers, the Tea Partiers conveniently ignore more or less the entirety of Article 3. Also like other fundamentalist sects, most conservatives actually have a poor understanding of what the text they revere actually means.

Like the Manicheans – adherents of one of the world's great religions at one point in history – they tend to see a world defined by a conflict between the forces of light and darkness. The forces of good are decent, conservative, "real" Americans – mostly white, married Christians, but with exceptions made for others who keep the faith. They stand opposed to a wide array of diabolical figures: liberals, gays and lesbians, Muslims, Mexicans, socialists and other foreigners, especially the French.

And like adherents of other religious faiths, they hold a special enmity for apostates. When stalwart conservatives like David Frum started talking about “epistemic closure” – “conservatives’ tendency to operate in an information bubble” – they were pilloried by their fellow travelers, accused of the worst offense: liberal heresy. Not only are moderate conservatives like Kathleen Parker or Christine Todd Whitman ripe targets, but so are red-meat Republicans who stray from the party line to any degree. Even people like former Utah Senator Bob Bennett can be painted as RINOS (Republicans in name only) if they stray from church doctrine even slightly.

Backlash conservatives also have their prophets and their saints. Just listen to Republicans talking about the Founders – a groups of liberals, moderates and conservatives of their day who agreed on very little but are assumed by the flock to have been staunch right-wingers. The faithful conveniently ignore the real-world foibles of their Holy Men. Yes, Ronald Reagan offered amnesty to undocumented immigrants, raised taxes 11 times and ran roughshod over the separation of powers enshrined in the Constitution, but to the believers, he remains as pure as the Virgin Mary is to Catholics. (Reagan would be polling right there at the bottom with Jon Huntsman if he were running for the GOP nomination today.)

Perhaps the easiest parallel to draw between conservatism and religion is the right's vilification of climate scientists, 98 percent of whom agree that human activities are changing our world with dangerous consequences. The attacks are reminiscent of the Catholic Church's running battle with “Copernicans” who believed that the Earth revolved around the sun; a theory that flew in the face of church doctrine. In that sense, Michael Mann of “climate-gate” fame is like a modern Galileo (only Mann has been completely vindicated while Galileo was handed over for trial by the Roman Inquisition and lived out the rest of his life under house arrest).

But I think another belief may be more telling; that cutting taxes always brings in more revenues to the government's coffers. There are two reasons this claim is more a manifestation of religious dogma than just the usual spin. First, it represents a perfect article of faith – universally held among the brethren but without any discernible basis in reality (see here for more explanation).

In 2007, Time magazine reporter Justin Fox surveyed conservatives on whether they believed the myth. He found a perfect split: all conservative politicians, pundits and operatives bought into it while conservative economists or budget experts -- people who have to remain somewhat grounded in evidence -- didn't hesitate to call it out for the nonsense it is, and that included “virtually every economics Ph.D. who has worked in a prominent role in the Bush administration.”

It's also a relatively new tenet, popularized in the 1970s, when it offered a temporal benefit to church leaders. This is how religions tend to deal with changing circumstances. It was only revealed to the Mormons that blacks should be eligible for the priesthood in the wake of the civil rights movement when college basketball teams were refusing to play Brigham Young University. Conservative Judaism decided that electricity wasn't really the same as fire after all when people realized how nice it was to run fans on hot Sabbath days. Religious dogma is flexible, changing with the times. The Anglican Communion didn't split from Rome over some fundamental clash of beliefs, but in order for King Henry VIII to ditch his wife and marry Anne Boleyn. That Rome's English holdings came under the crown's control in the process was a bonus.

Although the idea that cutting taxes increases revenues wasn't new, it was really embraced after the traditional states' rights argument for “limited government” began to be equated with opponents of civil rights legislation and lost its luster. In the 1950s and 1960s, political scientists had also amassed a pile of research showing that while Americans were quite responsive to non-specific messages about fighting “big government,” they also had very favorable views of most of the specific public services the government performs and didn't want to see them eliminated.

Conservative politicians had a dilemma: they were on solid ground running on cutting people's taxes, but faced serious political peril saying they'd offset those tax cuts by slashing popular social safety net programs, education funding, budgets for cops and firemen and the list goes on. And then this new core belief that cutting taxes led to greater cash-flow became part of church doctrine, a tenet that allowed them to go on the stump and promise to cut people's taxes without cutting the services those taxes financed.

Some articles of faith produce wonderful things. Many believe that Jesus said, "If you wish to be complete, go and sell your possessions and give to the poor, and you shall have treasure in heaven,” and that belief has led to countless charitable efforts. But other religious beliefs have disastrous real-world consequences – untold millions have died in conflicts justified by faith.

When you look around at the aging state of our once-great public infrastructure, know that it is deteriorating, in part, because of an article of religious faith. When you ponder the fallout from the Tea Party's "austerity recession," remember that it is as bad as it looks because of a theology passing itself off as a set of ideological preferences. And as those extreme weather events come at us faster and harder, keep in mind that the true believers who saw the world as a contest between good and evil consigned our entire scientific community to the latter category, and fought like hell for years to prevent us from doing anything about it.

This country needs a lot of things, and maybe first and foremost among them is for our brand of conservatism to return to earth as a responsible, evidence-based, secular ideology.


Joshua Holland is an editor and senior writer at AlterNet. He is the author of The 15 Biggest Lies About the Economy: And Everything else the Right Doesn't Want You to Know About Taxes, Jobs and Corporate America.