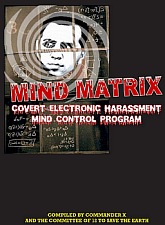 We should be celebrating September 5 with at least as much exuberance and respect as we celebrate July 4 or Thanksgiving. It’s Jury Rights Day.

Little is made of the date. Most people are completely unaware of its historic significance and have never heard that jurors have rights. Yet it was on that date in 1670 when a group of jurors in London used their right and power to invalidate an unjust law.


We can draw a direct link between several of our First Amendment guarantees to jurors who decided that some laws are so bad that they would refuse to convict defendants prosecuted under those laws, even when directed to do so by a presiding judge.

It’s jury nullification. Some jurors risked their own freedom to exercise that right.

In 1670, William Penn was arrested for preaching the Quaker faith to “an unlawful assembly.” The facts of the case were clear. He did violate the law as written, but four of the twelve jurors voted to acquit. The judge threw them in jail and tried to starve them into changing their vote. Within four days, three of the jurors caved in, but juror William Bushell held out, eventually getting his case to the Court of Common Pleas. The chief justice ruled in favor of Bushell, saying jurors could not be punished for their votes.

The concept of nullification crossed the Atlantic with the English and was used by American colonists in the case against John Peter Zenger. In 1735, Zenger was accused of seditious libel for his editorials attacking the royal governor of New York. The law was clear. It was illegal to publish anything critical of a government official, even if the criticisms were true, and Zenger did publish critical remarks. The jury acquitted Zenger in spite of the judge’s charge that truth was no defense and that they were to decide only whether the material had been indeed been published.

Nullification was used later to weaken the Fugitive Slave Laws. In 1852 Lysander Spooner, a Massachusetts lawyer wrote, “[The law] was so obnoxious to a large portion of the people, as to render a conviction under it hopeless….”

It’s also been argued that women’s suffrage could have come about as soon as 1873 had the judge in the Susan B. Anthony case informed the jurors of their rights or allowed Anthony’s lawyer to introduce the concept. Anthony was on trial for registering to vote in federal election, illegal for women at the time. As it was, the judge directed a guilty verdict and the jury obeyed. There’s no guarantee jurors would have voted to acquit Anthony had they known of their right to disregard the instructions, but maybe women would not have had to wait almost 50 years more before they were allowed to vote legally had the jury known.

While the Supreme Court ruled in the 1890s that judges were not required to advise jurors of their right to acquit despite the facts, the right still exists. Consider this from the Fourth Circuit Court of Appeals, U.S. v. Moylan, 1969:

If the jury feels the law is unjust, we recognize the undisputed power of the jury to acquit, even if its verdict is contrary to the law as given by a judge, and contrary to the evidence…. If the jury feels that the law under which the defendant is accused is unjust, or that exigent circumstances justified the actions of the accused, or for any reason which appeals to their logic or passion, the jury has the power to acquit, and the courts must abide by that decision.

In 1920, Justice Oliver Wendell Holmes — in Horning v. District of Columbia — was even more direct, observing that “the jury has the power to bring a verdict in the teeth of both law and fact.” (Ollie, you really nailed that one.)

Jurors are, or least should be, a fourth branch of government, the branch comprising ordinary citizens, who have the ability to keep in line the other three branches.

Several states include provisions in their constitutions saying jurors have the right to judge the law as well as the facts, yet people are being thrown in jail for simply handing out leaflets telling people about nullification.

Nullification gives the ordinary person a means of keeping the government lawful by protecting people from unjust laws.

It also gives feedback to legislators — if they would listen — about what the average person deems proper or improper when it comes to criminal legislation. It’s more honest and unbiased than any telephone survey could ever be. There are no leading questions, no ambiguity, no possibility for anyone to pretend the jurors really meant to convict when they voted to acquit.

Jury nullification is no panacea for society’s ills. Murderers have been acquitted of their crimes because of the politics of racism. But it’s better for a few guilty people to go free than to imprison even one person for breaking an unjust law.

Nullification is freedom by jury. It makes the phrase “liberty and justice for all” actually meaningful.

Sec. 8. FREEDOM OF SPEECH AND PRESS; LIBEL. Every person shall be at liberty to speak, write or publish his opinions on any subject, being responsible for the abuse of that privilege; and no law shall ever be passed curtailing the liberty of speech or of the press. In prosecutions for the publication of papers, investigating the conduct of officers, or men in public capacity, or when the matter published is proper for public information, the truth thereof may be given in evidence. And in all indictments for libels, the jury shall have the right to determine the law and the facts, under the direction of the court, as in other cases. 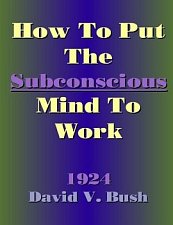