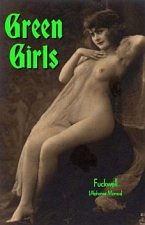 The Evils of Religion "This cult has to be the most evil organisation I've ever encountered - children are exposed to graphic images of a near-naked man being tortured, and told that eating his flesh and drinking his blood are some kind of passport to paradise," says a shocked Chris Rooty, an undercover reporter who spent six months infiltrating a sinister religious movement which has been insinuating itself into every aspect of British life, including schools, social clubs and even the armed forces, in its relentless quest for converts.


"Worse still, they encourage these same children to confess their 'sins' - which can include anything from supposedly impure thoughts to sexual experimentation - to the cult's priests, invariably older men, for their vicarious pleasure!" Indeed, Rooty strongly suspects that the priests derive some form of perverted sexual gratification from these confessions, fuelling their own warped fantasies of underage sex. "I have no doubt that they sit in those confessionals whacking off to those kids giving up their secrets," he says, although he admits that doesn't have any actual proof that this has ever occurred.

"Certainly, they seem to have an unhealthy fixation with children, particularly pre-pubescent boys, the prettiest of whom they get to dress in frilly, effeminate robes and sing devotional songs whilst the priests look on in ecstasy! These boys are also often required to stay behind after services and 'help' the priests."

The cult justifies its child fixation through the words of its prophet who, they claim, ordered 'suffer the little children unto me'. "This cult - the Church of Christ, or whatever it is they call themselves - is clearly simply a cover for systematic child abuse, " opines Rooty.

"For goodness sake, they even admit that their chief prophet used to send his band of all male disciples out to procure children for him! When he wasn't doing that he was apparently indulging in some form of masochistic autoerotic practices which eventually went too far and resulted in his death!"

Despite the cult's unsavoury practices, and the fact that its most senior priest is a former member of the Hitler Youth, it enjoys the support and patronage of many of Britain's rich and famous, including royalty.

"I was shocked to find that the Queen herself is the honourary head of one of its major sects - the so-called Church of England," says Rooty. "It is thanks to support of her and other establishment figures like Tony Blair, not to mention influential celebrities of the calibre of Cliff Richard - that it has evaded proper scrutiny for so many years."

However, in spite of this high level protection, the Christians - named for their mythical prophet, a long dead carpenter born out of wedlock - are finally meeting with concerted opposition in the UK. "People bang on about the likes of the Scientologists and how evil they are, but they've got nothing on this lot," declares leading scientist Professor Stephen Donger, who is leading an alliance of militant atheists in a campaign of direct action against the cult's churches.

"These bloody Christians lure people in with promises of eternal life and ever-lasting love, then brainwash them with a deeply conservative social agenda, all the while filling their heads with nonsense about the Kingdom of Heaven!" The militant atheists' campaign has so far included the picketing of several of the country's most prominent churches and cathedrals, with angry mobs waving placards with slogans like 'Warmongering Bastards', 'Homophobic Scum' and 'Burn in Metaphorical Hell Kiddie Fiddlers', accosting anyone attempting to enter them. Several churches have also been attacked, their windows smashed with bricks and anti-religious abuse daubed in paint across their walls. In the most extreme incident, a Birmingham church was burned to the ground in a firebomb attack. Donger has denied that his group has had anything to do with these attacks.

"We leave violence to those self-deluding bastards - they're the ones who go around starting wars in the name of God," says the scientist. "Let's not forget that they're the ones who peddle hate and prejudice, not us! Their intolerance of any viewpoint which differs from theirs is legendary - if they can't convert opponents, they brand them heretics and have them burned at the stake!" Donger and his associates have been joined in their campaign against the Christians by top cult buster Norris Rimwald, who has successfully 'deprogrammed' several former members of the church. "It's terrifying what's done to these people," says the fifty three year old former scaffolder. "

"From the moment they are recruited, new members are subjected to relentless brain-washing - chanting their prophet's name, singing devotional songs and being urged to devote their entire life to them. Frequently, they reject the values of their families and friends and completely cut themselves off from their former lives." Like all cults, the Christians are, according to Rimwald, based upon a fundamental contradiction: "Whilst they urge their congregation to divest themselves of their material goods and donate them to the church, ostensibly to be used for the greater good, the priesthood live in the lap of luxury. They wear silken robes, gold chains and live in palaces!"

Rimwald believes this duality also extends to the values the cult is supposedly espousing. "They claim to be a creed of love and forgiveness, but all they seem to preach is hate - hatred of alternative philosophies; hatred of rationality; hatred of sexual liberalism. You name it, they hate it," he says. "Anything which falls outside of the narrow morality they impose on their acolytes - patriarchy, monogamous heterosexuality, a hierarchical social order based on wealth and the subjugation of women - is condemned. Of course, if any of the cult's prominent members transgress, they can always fall back on the get-out clause of simply doing a penance and being forgiven. Ordinary members are condemned to eternal damnation." This intolerance is especially virulent in the case of homosexuality, with the church opposing both 'gay marriages', and the adoption of children by gay couples.

"Just what have they got against us?" asks Arnie Poggler, editor of radical gay magazine Tail Gunner. "After all, didn't their messiah spend his time hanging out with a bunch of butch blokes?" Poggler is urging his readers to join the anti-Christian campaign. "Didn't Jesus tell his followers to 'Love Thy Neighbour'?" he points out. "So, if you live next door to a practicing Christian or, even better, a clergyman, to go round and bugger your neighbour. Give 'em some of that universal back door love - it's what Jesus would have wanted!"

So far, the Christians have refused to make any official response either to Rooty's allegations, or the campaign being waged against them. However, one prominent church leader, Bishop Hector Haymarket, has broken ranks to defend his faith. "As usual, our enemies are grossly misrepresenting us," he told The Sleaze from under a table in the saloon bar of 'The Badger' public house in Leyton.

"But what do you expect from that bunch of long-haired smart-arsed bum boys, eh? Look, we don't actually condone groping little boys, but surely nobody can deny that it is their own fault for looking so bloody tempting in those choirboy outfits? As for the homos, of course we're going to oppose them adopting kiddies - we can't risk having them buggered outside the safe confines of the vestry, now can we? Jesus Christ, we're the most tolerant people in the world, you know. Not like those degenerate bigoted bastards trying to shut us down!" 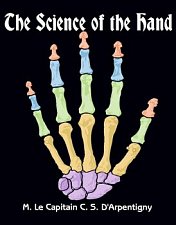