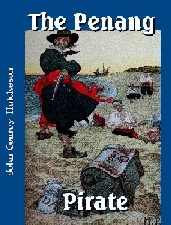 For the first time in nearly four-decades the Russian Ministry of Foreign Affairs has issued a “dire” travel alert for top officials, scientists and military officers travelling to the United States over fears the Obama regime is preparing to instigate a revolution for the purpose of their being able to hold on to power and complete the enslavement of the American people.

According to this report the “Occupy Wall Street” protests that began in New York City nearly a month ago have now spread to at least 25 other US cities and show no sign of abating any time soon.


The Ministry further warns that these protests in New York City began at a private park named Zuccotti which is owned by a company that received nearly $200 million from the Obama regime and brings into question just who is exactly financing this “peoples revolt,” which looks from the outside very similar to a class warfare-type action that began both the French and Russian revolutions.

Though Obama last week commented positively about these growing protests this Ministry report warns that one should not forget that he has received more money from Wall Street bankers than any other American politician over the past 20 years, including former President George W. Bush.

The “real reason” for the Obama’s regime backing of these protests, the Ministry warns, is their knowing that the entire Global Economic System is nearing an historic crash, and that IMF advisor Robert Shapiro warned last week was perhaps just 2-3 weeks away.

To fully comprehend the grave situation facing us today the Governor of the Bank of England, Sir Mervyn King, warned that our world is facing the worst financial crisis in history, and with the United States facing crushing numbers of jobless workers, along with the worst housing bust since the Great Depression, the American people are not being told how dire their situation is.

And to exactly how dire the situation is for these Americans one need only know that as of 1 January 2011 their Baby Boom Generation began to hit their retirement age that will see more than 10,000 of them being put onto the US government retirement and government medical roles every single day for the next 19 years at a cost even the whole world’s economy could not pay for.

In order to keep the United States from total outright collapse Obama has added more debt to America then all US Presidents combined from George Washington through George H.W. Bush to the crushing level of $4 billion a day being added onto the backs of the already debt crushed American people.

And so debt crushed have these American people become that fully 48.5% of them live in a household that receives some form of government benefits, one-third of them would not be able to pay their rent or mortgage payment if they lost their job, and half of them live on $505 or less per week.

Unlike their ancestors who lived through similar great global economic and social upheavals the American people of today have no idea that what is now occurring happens on “regular as clockwork” schedule of every 30-40 years, and has throughout all of recorded human history.

The last time a great global economic upheaval occurred was in 1971 when the US went off the gold standard (called the Nixon Shock) which plunged the United States and its Western allies into an over decade long period of stagnation that only ended after President Ronald Reagan began the largest peacetime buildup of military forces in all history and which nearly led to World War III with the then Soviet Empire.

Prior to the “Nixon Shock” was the 1944 Bretton Woods System enacted in the aftermath of the global economic upheaval of the Great Depression and World War II which cost an estimated 150 million lives world-wide.

Most important to know about these “once in a lifetime” global economic upheavals are that even if the ones in the past are forgotten about by the masses they are most certainly not by the elites who use their knowledge of the past in an attempt to control what the future will be.

To the “new” global economic system that was planned to replace the current one once it was destroyed is no secret as these elites have been planning this transition for decades and named it the New International Economic Order (NIEO). However, since NIEO was first proposed in the 1970’s the nations of the world were unable to agree on how to implement it thus leading to the chaos we have today.

Interesting to note is that the ancient Jewish-Christian text called the Old Testament (or Torah) provided to humanity the only proven method to avoid the 30-50 cycle of repeated economic collapses and as stated in The Book of Deuteronomy chapter 15 verse 1, “At the end of every seventh year you must cancel the debts of everyone who owes you money.”

This biblical precept was codified in the United States upon its founding and enabled any American to have his debts absolved every seven years through a process known as bankruptcy, but which over the past 50 years has been corrupted from its original intent to keep these people from becoming “debt slaves” and has, instead, been portrayed to these idiots as being morally wrong by their political, banking and corporate overlords.

Because the United States has become a nation of idiots instead of freemen they are, likewise, completely blind to the monstrosity of the country they are helping to create wherein from the time they are born, to the time they are told to die, these people will live in an Orwellian World devoid of any meaning and subject to the most brutal methods of control ever designed by an elite class to control the masses.

From their President Obama now having the power to assassinate any citizen he so chooses, and the CIA warned could now be allowed to kill journalists, and the FBI about to deploy a nationwide facial recognition system in order to track those citizens with no ties to terror groups but who are warned pose a “serious national security threat,” and the US Department of Homeland Security beginning testing of their “Pre-Crime Detection System” designed to jail those who have not committed a crime, but maybe will, one can, indeed, see the words George Orwell wrote in his seminal work 1984 coming alive into today’s America:

“There was of course no way of knowing whether you were being watched at any given moment. How often, or on what system, the Thought Police plugged in on any individual wire was guesswork. It was even conceivable that they watched everybody all the time.”

And though the Russian Ministry of Foreign Affairs is warning its citizens about traveling to the United States perhaps the ones who should heed it the most are the people living there.

October 10, 2011 © EU and US all rights reserved. Permission to use this report in its entirety is granted under the condition it is linked back to its original source at WhatDoesItMean.Com. 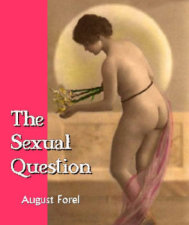