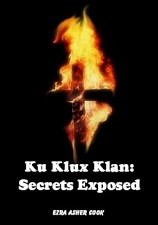 Are Crooks And Thieves Becoming Bolder Or Are They Just Becoming Stupider? You Make The Call

Has anyone else noticed that there seems to be a substantial increase in the number of really unusual crimes around the United States lately? As the economy continues to go downhill, it seems like crooks and thieves are becoming bolder and bolder. Previously, I have written about how thieves are taking off with anything that is not bolted down these days.

Well, now they are ripping up entire bridges and pulling entire ATMs out of the ground.


Crooks are ripping copper pipes right out of the wall and they are even breaking into parked police cars. So what is going to happen when the economy collapses and people becoming truly desperate? If these are the kinds of crimes that are happening now, what is America going to look like when people have lost all hope?

Those are frightening questions to think about.

America is rapidly changing, and the evidence is all around us. In many parts of the country today, it simply is no longer safe to go outside at night. Desperate people do desperate things, and this economy has created a lot of desperate people.

But even though I regularly chronicle how our society is falling apart, I have been absolutely amazed at some of the very unusual crimes that have been committed recently.

Are crooks and thieves becoming bolder or are they just becoming stupider?

*In Chicago, the same man has robbed the same bank four times over the past two months. The FBI still has not caught him.

*In the Miami area, thieves have been breaking into parked police cruisers and have been stealing guns and ammo out of them.

*A 700 pound bronze Pelican was recently stolen out of a park in the San Francisco Bay area. Nobody knows how the thieves were able to move it.

*In north Alabama, thieves have been using a forklift to pull entire ATM machines out of the ground.

*The other day, a group of crooks in Pennsylvania stole an entire 50 foot long bridge.

*A teen in the San Francisco Bay area recently used a stun gun on a woman in order to steal her iPhone. The GPS technology inside the phone later led police directly to the foolish teen.

*Up in Minnesota, two young men repeatedly called a cop on his cell phone to ask him if he would help them buy a pound of marijuana. It was unclear how they got that phone number. When the police arrived at the house of these two young men, they found that they had over $3,000 in counterfeit bills. Apparently they were going to use some of the counterfeit cash to pay for the marijuana. Needless to say, they never got their weed.

*In Fresno, California the damage caused by thieves stealing copper wire from city street lights is costing the city about $50,000 a month. So far, about 2,500 street lights have been stripped of their wiring.

*In Connecticut recently, a group of thieves ripped the copper pipes right out of a Habitat for Humanity house.

*Down in Georgia, a team of crooks just stole five air-conditioning units from a church. The five units were worth a total of approximately $35,000.

*In Pennsylvania last Sunday, two crooks actually stole a donation jar that was collecting money for a little girl that is suffering from leukemia.

These are just more signs that our country is starting to fall apart.

The thin veneer of civilization that we all take for granted is beginning to disappear.

There is an overwhelming feeling in this country right now that something has gone terribly, terribly wrong.

According to a new NBC News/Wall Street Journal survey, 74 percent of the American people believe that the country is on the wrong track.

That is more than a consensus.

That is an overwhelming majority.

So what is going to happen if the economy gets much worse?

Many of those that project future trends are not painting a pretty picture.

For example, during a speech to newspaper editors and executives in Rochester, New York the other night, trends researcher Gerald Celente said the following....

"Greece is a tiny, little country compared to the world overall, but it is indicative of what is going to happen here. You're looking at suicide rates doubled, you're looking at crime rates skyrocketing. One of the sayings I have is 'when people lose everything, they have nothing left to lose, they lose it.'"

And as you can see from the examples posted above, some Americans are starting to lose it.

But the naysayers always claim that a few pieces of "anecdotal evidence" are not enough to get excited about.

The truth is that America is crumbling.

Right now most Americans believe that somehow our leaders are going to be able to fix things.

But once that does not happen and all hope is gone we will likely see utter chaos break out all over this country.

So what are you seeing in your corner of the United States?

Are crooks and thieves becoming bolder or are they just becoming stupider? 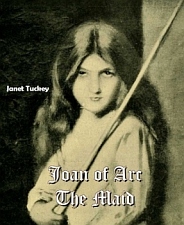 Main Article Page
Are Crooks And Thieves Becoming Bolder Or Are They Just Becoming Stupider?
http://www.hiddenmysteries.net/newz/article.php/20111015125425357