A small, preliminary study finds that ginger root supplements seem to reduce inflammation in the intestines - a potential sign that the pills might reduce the risk of colon cancer.

However, more study needs to be done, and the researchers aren't yet recommending that people head to the supplements' aisle or start gobbling up more ginger at meal times.

"If you want to add ginger to part of a healthy diet, that's great. But you can't make any conclusions about definite health benefits" based on the study findings, said lead author Suzanna M. Zick, a naturopathic physician and research associate professor at University of Michigan Medical Center, Ann Arbor.

Ginger, an herb, is found in supplements and in many foods such as ginger snaps and Asian dishes. Research has supported its use to treat stomach problems such as nausea and vomiting; the U.S. National Library of Medicine says it's "likely safe," although some people may develop mild side effects.

Previous research in animals has suggested that ginger can reduce inflammation but isn't potentially toxic to the stomach like aspirin, Zick noted. And scientists have linked chronic inflammation in the gut to colon cancer, suggesting that easing this inflammation could reduce the risk of the disease.

In the new study, Zick's team randomly assigned 30 people to take pills containing 2 grams of ground ginger root extract or a "dummy" placebo pill each day for 28 days. They measured the level of inflammation in the participants' intestines before and after the test period.

The amount of ginger in the pills is equivalent to 20 grams of raw ginger root, the authors said. That is probably well beyond what most people would eat in their regular diet, Zick noted. As for cost, she said that a month's supply of similar ginger supplements typically runs about $10 to $30.

The researchers found that the level of inflammation in the subjects who took the ginger pills fell by an average of 28 percent, while staying about the same in those who took the placebo.

If more funding becomes available, the researchers hope to launch a larger study, Zick said. But for now, she said, "if you want to embrace ginger because you like the taste, go ahead," but there's no solid evidence that it prevents colon cancer.

Dr. Andrew Chan, an assistant professor of medicine at Harvard Medical School and a gastroenterologist at Massachusetts General Hospital, Boston, said the findings are promising because they hint at how ginger may prevent colon cancer.

It's already clear that people with inflammatory conditions such as irritable bowel syndrome are at higher risk of colon cancer, he noted. "We know there are anti-inflammatory drugs like aspirin that appear to have anti-cancer properties. And we know there are certain basic mechanisms which seem to be common to both inflammation and cancer," he said.

Comment: "We know there are anti-inflammatory drugs like aspirin that appear to have anti-cancer properties." Dr. Andrew Chan obviously overlooked the observation by naturopathic physician and research associate professor Suzanna Zick in which she stated, "Previous research in animals has suggested that ginger can reduce inflammation but isn't potentially toxic to the stomach like aspirin.

Still, Chan said, "it's much too early to tell whether ginger has anti-cancer properties."

The Cure-All Properties of Ginger

Ginger is a well-known home remedy for pregnant women, patients undergoing chemotherapy, and travelers with weak stomachs, who all use the root to curb nausea. But now a new study in The Journal of Pain finds that two types of chemical compounds found in ginger - gingerols and phenols - can be used as an analgesic as well.

To treat muscle pain, 74 healthy adults regularly took 2 g of either cooked or raw ginger, or a placebo each day for 11 days. They all participated in the same series of exercises, which were aimed at creating inflammation and muscle pain in and around the elbow, and were then evaluated by researchers from the department of kinesiology at Georgia College and State University in Milledgeville, Ga.

The researchers found that the raw ginger group reduced their muscle pain by 25% more than the placebo takers 24 hours after intentionally hurting their elbows, while the cooked ginger group dropped their pain levels by 23% compared with the placebo group.

Largely considered a homeopathic treatment, the mainstream medical community has begun to conduct research on why ginger root has been used medicinally for so many centuries. Aside from curbing nausea and reducing inflammation, thus lessening muscle pain, ginger has also been used to prevent ulcers, treat heartburn and aid digestion. Some research even suggests it might reduce cholesterol levels, though so far only in mice.

Is Ginger Better than Drugs?

There's a long list of anti-inflammatory foods that can help manage inflammation and pain in the body - and ginger may be one of the best. In a new study, ginger was found to be superior to common non-steroidal anti-inflammatory drugs (NSAIDs).

NSAIDs (and their problems)

Non-steroidal anti-inflammatory drugs such as ibuprofen (Advil) and aspirin are commonly used to treat mild pain and fever, as well as inflammation such as that resulting from arthritis.

NSAIDs work by inhibiting enzymes that form prostaglandins - which are sort of 'messenger' molecules for inflammation. Thus, they reduce the symptoms of conditions with inflammation.

Since NSAIDs are available over the counter, their use is widespread. They are generally safe, but their widespread use has brought many adverse affects to attention, including:

It is also not recommended that pregnant women use NSAIDs.

Why ginger may be better than drugs

Aside from ginger being a whole food and not some chemically derived drug, ginger may have other advantages over NSAIDs in pain and inflammation management.

How you can give ginger a try

In the study, 5 grams of fresh ginger was consumed each day, split up into doses throughout the day. You can eat it directly, make tea or incorporate in into your dishes.

Ginger has long been used as a natural healing agent by Asian and other cultures. Ginger, a rhizome, is especially helpful in treating digestive issues such as nausea and diarrhea. Other medicinal uses of ginger include inflammation, heart conditions, arthritis, colic, and headaches. Many studies have been conducted looking at the benefits of this spice.

Ginger has been shown by various studies to be more effective than placebo in the treatment of motion sickness related nausea. One of the greatest benefits of utilizing ginger instead of medication is that ginger does not have the side effects of drowsiness and dry mouth. Studies have also shown that pregnancy related nausea and vomiting can be safely and effectively treated with the use of small doses of ginger over short periods of time. Other studies have looked at the benefits of ginger at reducing nausea and vomiting post chemotherapy in cancer patients.

Other studies have shown that ginger is effective in the treatment of inflammation. The use of ginger has been shown to reduce pain and the use of pain medications in suffers of osteoarthritis of the knee. Preliminary studies have suggested that ginger may also be useful in treating high cholesterol and reducing blood clots.

Ginger also appears to have anticancer properties. Researchers at the University of Michigan Comprehensive Cancer Center have found that in laboratory settings ginger powder can kill ovarian cancer cells. Interestingly ginger not only causes apoptosis which is essentially cell suicide, but also autophagy which is cells attacking and digesting themselves leading to death. The benefit of ginger causing both types of cell death could play an important role in limiting resistance which is a problem typically seen with conventional cancer treatments. Researchers at the University of Minnesota's Hormel Institute in Austin studied the effect of ginger on mice injected with tumor cells. The study found that the mice in the ginger group developed tumors at a greatly reduced rate. Dr. Anne Bode of the University of Minnesota stated that, "These results strongly suggest that ginger compounds may be effective chemo-preventive and/or chemotherapeutic agents. "

The active ingredients contained in ginger include oleoresin, gingerols and shogaols. Ginger may be taken for medicinal purposes in both the fresh and either dried or distilled forms. Ginger has many therapeutic benefits which have been used for centuries. Recent research has found many new uses for ginger including the exciting possibility of treating and preventing cancer.

Notice to patients: This study represents very preliminary research findings made in the laboratory. Further testing is needed before researchers know how or if ginger should play a role in the treatment of ovarian cancer. U-M researchers do not recommend taking ginger as treatment for cancer. Please talk to your oncologist before taking any dietary or herbal supplements. For more information about ovarian cancer treatment, call Cancer AnswerLine at 800-865-1125.

ANN ARBOR, MI – Ginger is known to ease nausea and control inflammation. But researchers at the University of Michigan Comprehensive Cancer Center are investigating a new use for this age-old remedy: treating ovarian cancer.

The researchers are presenting their results in a poster session at the American Association for Cancer Research annual meeting.

Moreover, the researchers found that ginger caused two types of cell death. One type, known as apoptosis, results from cancer cells essentially committing suicide. The other type of cell death, called autophagy, results from cells digesting or attacking themselves.

“Most ovarian cancer patients develop recurrent disease that eventually becomes resistant to standard chemotherapy – which is associated with resistance to apoptosis. If ginger can cause autophagic cell death in addition to apoptosis, it may circumvent resistance to conventional chemotherapy,” says study author J. Rebecca Liu, M.D., assistant professor of obstetrics and gynecology at the U-M Medical School and a member of the U-M Comprehensive Cancer Center.

Study results are very preliminary, and researchers plan to test whether they can obtain similar results in animal studies. The appeal of ginger as a potential treatment for ovarian cancer is that it would have virtually no side effects and would be easy to administer as a capsule.

Ginger is effective at controlling inflammation, and inflammation contributes to the development of ovarian cancer cells. By halting the inflammatory reaction, the researchers suspect, ginger also stops cancer cells from growing.

Liu’s lab is also looking at the effects on ovarian cancer of resveratrol, a substance found in red wine, and curcumin, the active ingredient in the curry spice turmeric. In addition, researchers at the U-M Comprehensive Cancer Center are investigating ginger to control nausea from chemotherapy and ginger to prevent colon cancer.

More than 20,000 women are expected to be diagnosed with ovarian cancer this year, and 15,000 will die from the disease, according to the American Cancer Society. For information about ovarian cancer,
go to www.cancer.med.umich.edu/learn/ovarianinfo.htm or
call the U-M Cancer AnswerLine at 800-865-1125.

Funding for the study was from the National Center for Complementary and Alternative Medicine, National Institutes of Health. 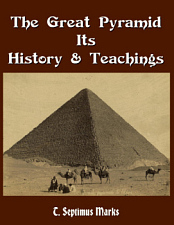